UDV launches project to prevent and combat diabetes among its associates

Seeking to watch over and care for the collective health of the associates of the Center, the UDV launches a project to prevent and combat diabetes and other degenerative illnesses. In the photo, Mestre José Roberto is shown lecturing associates of the UDV | Photo: DMC/Núcleo Estrela da Manhã (Camaçari – BA) 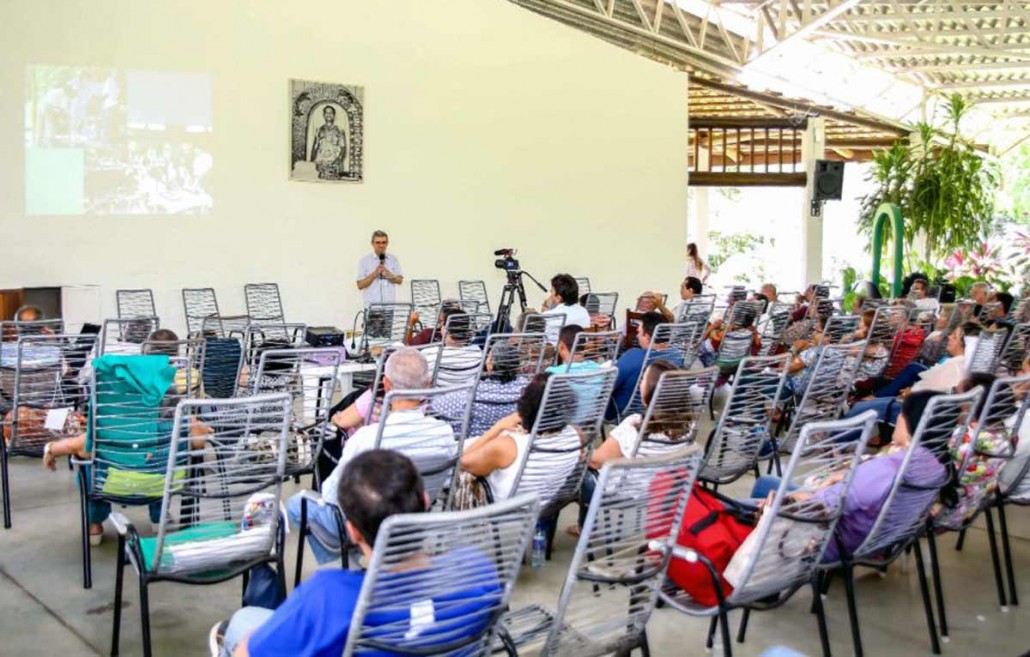 The General Representation requested the Medical and Scientific Department (DEMEC) of the General Directorate of the Beneficent Spiritist Center União do Vegetal to establish a Project to prevent and combat diabetes and other degenerative illnesses, directed at associates of the UDV. The request was approved by the General Administrative Council (CONAGE), during a meeting held this past April 8th and 9th, in Sede Geral (Brasília-DF).

This work of prevention was already communicated in the Circular Letter, issued this past April 25th, signed by the General Representative Mestre, Clovis Cavalieri Rodrigues de Carvalho, and by the Director of DEMEC, Mestre José Roberto Campos de Souza (Núcleo Luz de Maria – Campo Grande-MS, 13th Region). The document was addressed to all Representative Mestres of the União do Vegetal and to the local DEMEC monitors.

In the Letter, Mestres Clóvis and José Roberto highlight that this Project is aligned with the specific tasks of the DEMEC, which is to “care for and watch over the collective health of the associates of the Center.” Remember that the prevention of diabetes also diminishes the possibility of other illnesses, such as hypertension, cancer, Alzheimer’s disease, strokes, thrombosis, etc.

The work of preventing and combatting diabetes will be proposed to the Núcleos of the UDV via voluntary participation of its associates. There will be action taken to clarify and raise awareness of the symptoms of predisposition to diabetes and about risk factors and predisposition to diabetes, such as family and genetic tendencies, obesity and visceral fat. Lectures will be held, text and videos will be distributed, and there will be individual screenings and referrals for exams and treatment.

DEMEC clarifies that these risk factors occur among associates of the Center in the same proportion that they occur in the general population that does not use Hoasca Tea. It adds that the regular and prolonged use of the Vegetal doesn’t generate any predisposition to diabetes or to any other illness.

Click here and read the article by Mestre José Roberto Campos de Souza discussing the importance of diabetes prevention, and which explains in detail the project launched by DEMEC.

Hoasca as a theme of research and publications: the role of the UDV

Health and spirituality
Scroll to top