What is Hoasca Tea? 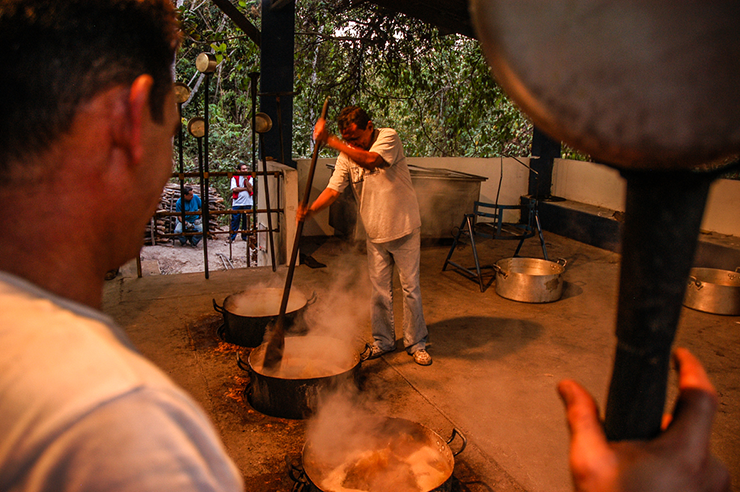 The Beneficent Spiritist Center União do Vegetal utilizes Hoasca Tea (also known as ayahuasca) in its religious ritual, in which members drink the tea for the purpose of mental concentration. The tea is the result of boiling together two plants originating from the Amazon rainforest: a vine, Mariri (Banisteriopsis caapi), and the leaves from a small tree, Chacrona (Psychotria viridis). In the UDV, Hoasca Tea is also called “Vegetal”.

The plants and the tea are proven harmless to the health, according to scientific studies by renowned entities.

José Gabriel da Costa, Mestre Gabriel, came into contact with the Hoasca Tea in 1959. In 1960, he prepared it for the first time and began to distribute it of his own initiative. In 1961, he created the União do Vegetal and began to show his disciples how to prepare the tea. Currently, the Vegetal is prepared at the General Headquarters and at the Núcleos of the UDV all over Brazil. In these locations, Mariri and Chacrona are also cultivated.