Caianinho: The Disciple of the Mestre

The First Encounter of the Mestres of Origin (current Counsel of Recordation of the Teachings of Mestre Gabriel). (Jaru, Brazil, 1987) | Photo: Yuugi Makiuchi. 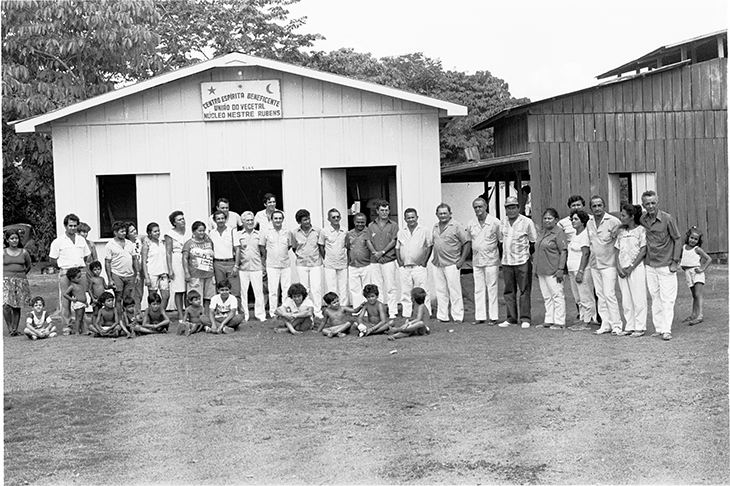 The path of the União do Vegetal is one of rectitude, of good conduct, of being a good example. The caianinhos, as the disciples of Mestre Gabriel are also called, must orient their steps in this way, putting into practice what they learn in sessions. Mestre Gabriel provided the oriention that, in order to follow in the União do Vegetal, a person must walk straight in life: “To accompany me, to follow me, one must be straight, because the crooked can’t follow.”

He published an article in the Alto Madeira newspaper, of Porto Velho, in September of 1971, clarifying how the behavior of a member of the UDV should be. Entitled “Watchful While Sleeping“, the publication served as a response to the preaching of a catholic reverend, who had criticized the União do Vegetal in his Sunday mass.

“THE CONVICTION OF THE MESTRE”

Another example is given in the events narrated in “The Conviction of the Mestre,” an article published in the Alto Madeira newspaper, in October of 1967. The article reports on the arrest of Mestre Gabriel during a session as he was teaching 38 of his disciples. He was set free the next day and found his disciples wanting to file a lawsuit against the traffic commissioner (on duty), who had made the arrest arbitrarily.

Mestre Gabriel’s attitude was one of counseling the disciples to not harm the officer and to not bring a lawsuit against him. Instead of investing resources in a lawsuit, he guided the application of those resources toward registering the UDV as a religion and he published a text in the newspaper to clarify to the public what had happened.

Just as in this case, it was common for Mestre Gabriel to use everyday situations, especially within the brotherhood, to bring teachings. He also encouraged the participation of the disciples not only in sessions but also in the institutional organization of the UDV. Since that time, each one of them participated as they could, in the administrative structuring of the UDV.

FAMILY AND ADOLESCENCE, A BALANCED LIFE

Fraternal coexistence between members and children of members of the UDV at Sede Geral (Brasília, Brazil) | Photo: Julio Trazzi. 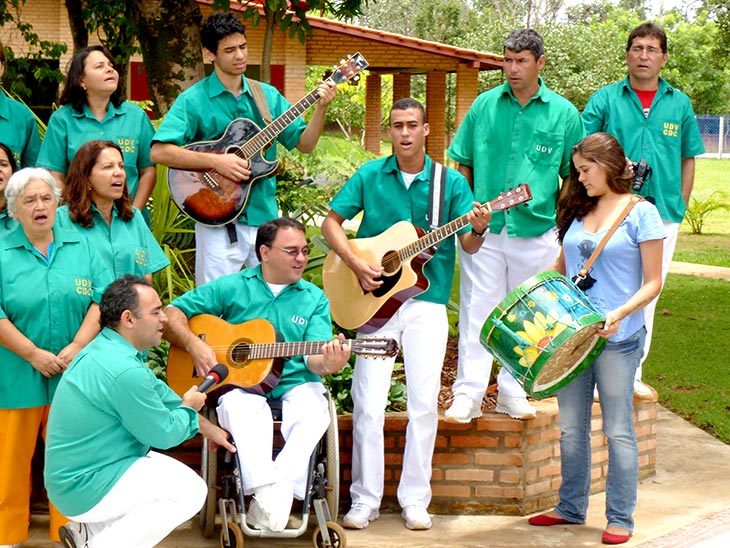 The União do Vegetal teaches how to have a balanced life with more peace, harmony and fraternity. Those who decide to truly walk this path and put the teachings of the UDV in practice, experience a process of gradual transformation, with visible improvements.

Such change is noticed mainly in the family environment. Members’ relatives often testify to an improvement in their relationship and in the member’s behavior. In general, the affiliates of the Center start to have more awareness of the importance of family values.

There are also many families where everyone is a member of  the União do Vegetal. The moral principles of the doctrine and the healthy environments of the Nucleos support families in the development of a life that is better oriented toward well being. The adolescents of the UDV are an example of this. Living in the União, they find favorable conditions for developing good character, learning to differentiate between bad and good and to make good choices.