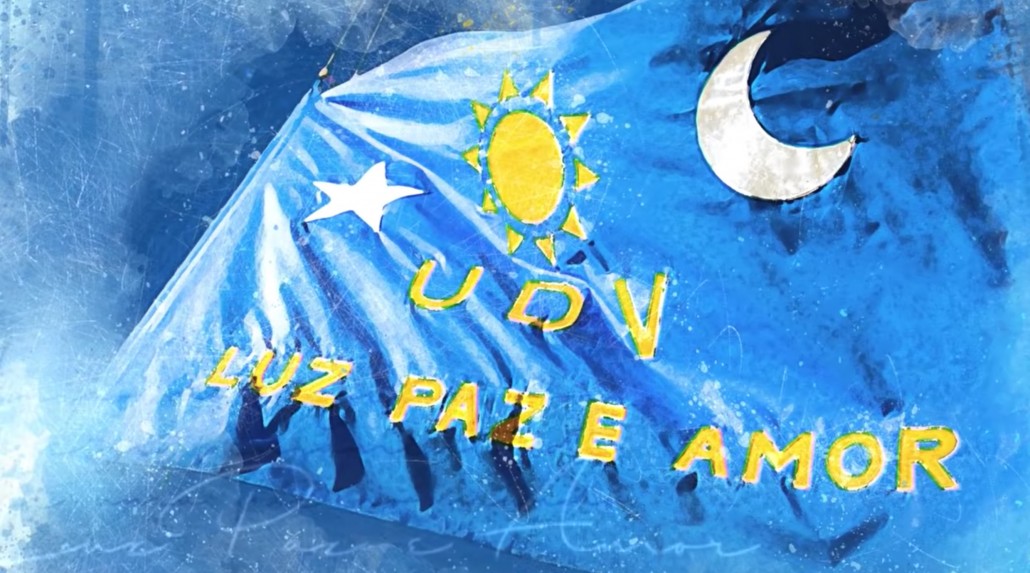 The 13 Original Principles of the União do Vegetal

1. The União do Vegetal is a fundamentally christian reincarnationist religion that affirms the existence of the Spirit and works for the evolution of the human being in the sense of his or er moral, intellectual, and spiritual virtues, which are expressions of love and human fraternity.

2. The Hoasca Tea, the Sacrament of the UDV, is utilized in its religious ritual for the effect of mental concentration. It is the union of two plants that originate in the Amazon Rainforest, the Mariri and the Chacrona, proven harmless to the health.

3. The UDV has Light, Peace and Love as its Symbol for Peace and Human Fraternity. “The disciple must love the other, as he loves himself, to merit receiving the symbol of the União.”

4. The Center has Mestre Gabriel, Mestre of the União as its principal reference, who always demonstrated commitment to the truth, with trustworthy word and coherence between what he taught and practiced. For his love toward humanity, he created the UDV with the thought of creating one Peace in the world.

5. The UDV is composed of Mestres, Counsellors and disciples. The formation of disciples is developed through the practice of the teachings and it does not necessarily follow a formal pattern of education. For the members of the Direction, it is required to be the example of moral, professional, and familial conduct.

6. Work, Family, and Reigion are the there pillars that sustain human evolution. Harmonized, they bring equilibrium and favorable conditions for spiritual growth.

7. Following he example of its Spiritual Guide, the Center maintains the practice of voluntary work of its directors, without remuneration for the services they provide, as a basic principle.

8. The UDV recognizes the divine origin of the family, the work of the Creator on Earth, started by the primordial couple, Adam and Eve. Man and woman complement one another. They are the basis of the family and are the principals responsible for the education of their children.

9. The center and its associated members defend the responsible and strictly ritualistic use of Hoasca Tea. They do not commercialize it, nor do they obtain any financial gains therefrom.

10. The União do Vegetal practices and teaches the love of God above everything, extending to his kindred, respecting the human being as much in his presence as in his absence, because he is the semblance of God. The UDV does not have prejudice or discrimination, and considers that every human being can overcome the difficulties that he or she faces along the way.

11. We collect what we plant: such is Divine Justice. In the UDV, Justice is expressed in the written laws of the Statutes of the Center and, according to the gravity of the fault and independent of hierarchical degree, everyone is subject to them.

12. Beneficence has been practiced and taught since the origin of the UDV, being an expression of fraternal love and recognition of all human beings as brothers and sisters—children of the same Father. Beyond spiritual service, the União do Vegetal develops beneficent actions in the fields of health, culture, and service in the regions where it is established.

13. The UDV recognizes Nature as a gift from the Creator to serve humanity. Therefore, it works for the preservation of forests and other natural resources and cultivates the sacred plants utilized in the preparation of Hoasca Tea.