The First Meeting of the Mestres of the Origin (current Counsel of Recordation of the Teachings of Mestre Gabriel). (Jaru, Brazil, 1987) | Photo: Yuugi Makiuchi 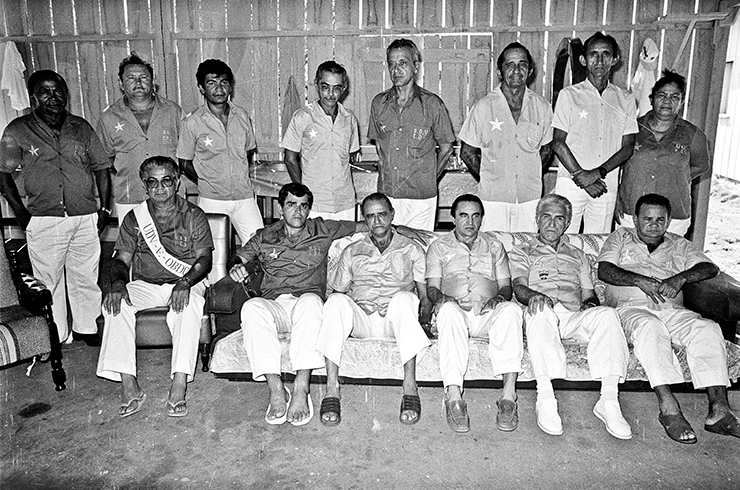 The creation of the União do Vegetal occurred in the Amazon Rainforest. It was there, in the period from 1959 to 1964, that Mestre Gabriel formed the first mestres:

Later, Mestre Gabriel went to live in Porto Velho, Brazil with his family and, starting in 1965, he began the preparation of new disciples to receive the title of mestre of the União do Vegetal.

Between the years of 1966 and 1971, Mestre Gabriel further convoked the following mestres:

The first mestres convoked in the União do Vegetal are those responsible for transmitting the teachings of Mestre Gabriel, in their essence, to the disciples who are arriving, who in turn, according to their personal practice and spiritual degree, will be the future mestres and leaders of the UDV.