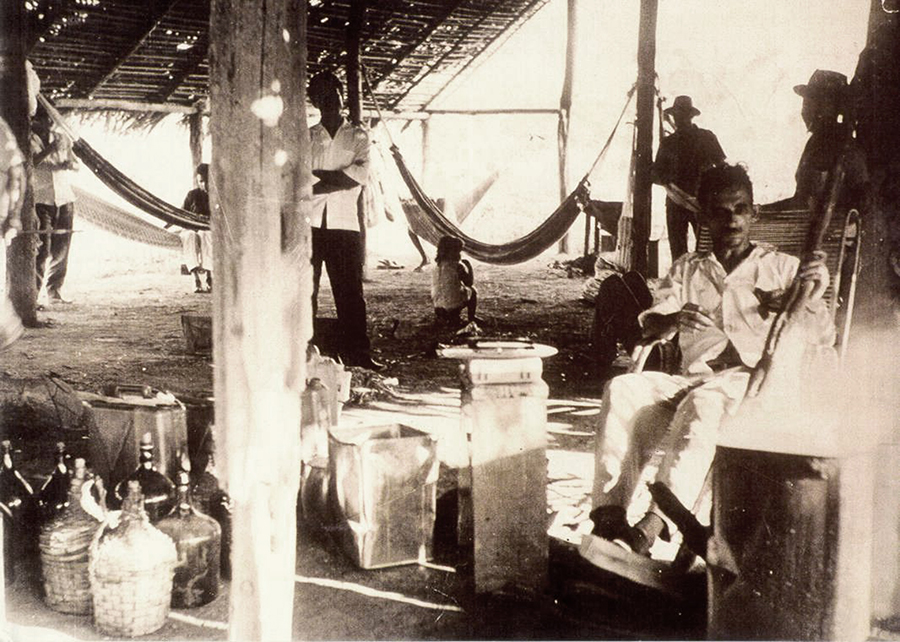 –
CREATION OF THE UNIÃO DO VEGETAL

The União do Vegetal began in the Amazon Rainforest on Brazil’s border with Bolivia. José Gabriel da Costa worked as a rubber tapper in that region and, in 1959, drank Hoasca Tea for the first time with a man named Chico Lourenço. Soon after, Mestre Gabriel began to distribute the Vegetal, initially to his family and other rubber tappers who worked in the region. On July 22, 1961, still in the Amazon Rainforest, Mestre Gabriel held a session and announced the creation of the União do Vegetal, thus initiating the work of the  spiritual development of his disciples to which he dedicated himself until he disincarnated in September of 1971.

“The União do Vegetal is planted on the Earth” ‐ Mestre Gabriel

THE EXPANSION OF THE UDV

In January of 1965, Mestre Gabriel moved to Porto Velho, Brazil with his family. There, with his wife Raimunda Ferreira da Costa and their children, he continued the religious work of the UDV. New disciples arrived and the UDV was founded, initially with the name “Beneficent Association União do Vegetal”. Soon the formation of the internal structure of the União do Vegetal began. Mestre Gabriel created the Cadre of Mestres and the Body of Counsel, which together constitute the leadership or “Direction” of the UDV

In 1967, Mestre Florêncio Siqueira de Carvalho, one of the first mestres trained in the UDV, was authorized to distribute the tea in Manaus, Brazil. “From Manaus, the União do Vegetal will go around the world”, said Mestre Gabriel. This prediction came true. From Manaus the UDV continued to expand in Brazil and to other countries.