The União do Vegetal in the land of the Yudjás

For the Yudjás, the communion with Hoasca Tea is a reunion with their own culture 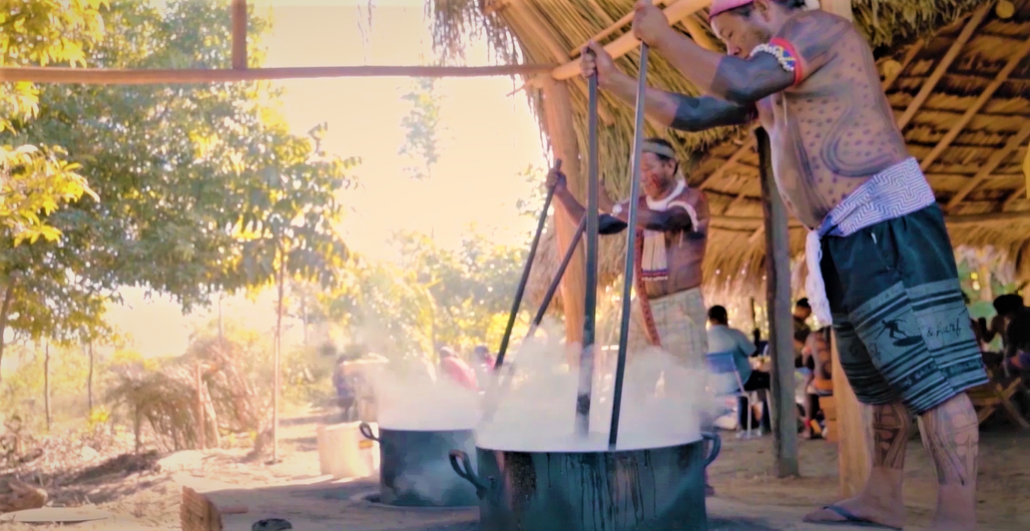 The thought of bringing the Hoasca Tea to the indigenous peoples was present at the beginning of the activities of the Beneficent Spiritist Center União do Vegetal (UDV), following the request made by Mestre Geraldo Carvalho to Mestre Gabriel. But for this, Mestre Gabriel stated that it was necessary to captivate the authorities. After 58 years since its creation, the UDV has over 20,000 members and is present in 11 countries, having received indigenous people from various ethnic groups throughout these years, such as bakairis, bororos, tupinambás, among others.

However, the work in the Xingu Indigenous Park only began when dentist, Eduardo Matos Biral, a Funai employee, arrived to the Cadre of Mestres of the UDV. In 2010, at the request of the Yudjás (“River Owners”), as they call themselves in their canoe tradition, a new phase unfolds for these people of whom the Vilas Boas brothers claimed to be faithful friends.”

After drinking the Vegetal (name that UDV members also use for Hoasca Tea) for the first time, the yudjás learned about the existence of the União do Vegetal, which has a núcleo near Xingu, in the city of Alta Floresta-MT (Núcleo Florestal), where they went seeking support to restore the use of Hoasca, which, according to them, their ancestors said they need to rediscover.

Touched by the needs of these indigenous people, the Medical and Scientific Department of the União do Vegetal and the Beneficent Association Casa da União (House of Union), an assistive unit of the UDV, carried out some expeditions with healthcare professionals to attend to the yudjás in Xingu Park. In 2016, Dr. Duarte Guerra, Mestre in the UDV, was appointed as Supervising Doctor of the More Doctors in Xingu Program and was also appointed by the UDV’s Board of Directors as the coordinator of support activities for the Xingu people who drink Hoasca tea.

In October 2016, an expedition integrating the various Departments of the União do Vegetal and the Novo Encanto Ecological Association took the Tracking Project, coordinated by John Stolkes, to the young Indians; a work aimed at enhancing Yudjás culture and identity, among young people, by recognizing their origin, tradition and values.

In June of 2018, the General Representative Mestre of the UDV, Paulo Afonso Amato Condé, participated in an expedition to the Xingu and held, at the invitation of the yudjás, a Preparo of Vegetal in Aribaru Village, where he reaffirmed the purpose of “continuing to support these people who we also consider faithful friends, without imposing our customs on them, leaving them free to use the Hoasca tea as a sacrament according to their culture.”

In the videos that follow, we can learn a little more about this work of the União do Vegetal, bringing to this people its message of Light, Peace and Love, and also contributing with the Public Authorities to bring health and progress to our indigenous brothers and sisters, strengthening their origins and traditions.

*Carlos Teodoro Irigaray is a General Assistant Mestre in the Beneficent Spiritist Center União do Vegetal.

Criminal Law and the Hoasca religious minorities in Spain