Criminal Law and the Hoasca religious minorities in Spain

Hoasca Tea is the union of the Mariri vine with the leaves of Chacrona | DMC/General Headquarters.

On July 5th, 2019, in Seville (Spain), during the “1st International Conference on Human Rights and Globalization: Justice, Communication and Thinking”, a lecture was presented with the theme, “Criminal Law and the Hoasca religious minorities in Spain.” The presentation examined the interference of the Criminal Justice system on the religious practices of the Hoasca religions and the right to import Hoasca tea (also known as Ayahuasca) in Spain. To this end, the legal basis of the court ruling issued on February of 2016 by the Valencia Court was critically analyzed, in a case in which a Mestre of the União do Vegetal – the Representative Mestre of the Núcleo Valencia (at the time, an Authorized Distribution of Vegetal) – was accused of committing a crime against public health by entering Spain with 20 liters of Vegetal (name that the União do Vegetal uses for Ayahuasca). In the end, based on the principle of innocence, the Mestre was acquitted and the case was dismissed.

The ruling treated Hoasca tea as a banned product and prevented its entry into the country. It was considered that because of the fact that the leaves of the chacrona contain DMT (Dimethyltryptamine – a substance banned by the Convention on Psychotropic Substances of 1971), the use and transport of the Vegetal would be prohibited by international order. This conclusion was based on the decontextualized analysis of a provision of the Convention, which states that “a preparation is subject to the same measures of control as the psychotropic substance which it contains” (Article 3, Number 1).

It turns out that such a decision not only ignored the statement of the Spanish Public Prosecutor (who recognized that Hoasca tea was not covered by the International Convention), but also contradicted the orientation of the International Narcotics Control Board – INCB, a United Nations entity specialized in this area.  Consequently, this entity, which was created precisely to clarify and enforce compliance of the Convention on Psychotropic Substances by the signatory countries, has stated that the aforementioned international law does not apply to either Hoasca tea or the plants used in its preparation.

Basically, DMT is prohibited only when it results from an isolation or purification process, not when it is naturally present in tea made from plants. In other words, the Convention regulates just the synthetic form of DMT, not the miniscule amounts naturally found in Hoasca tea.

It is worth noting that at no stage of the preparation process of Hoasca tea, in the União do Vegetal, is DMT distilled, purified or separated from the other substances of the plant. The preparation of Vegetal is done through the simple process of decoction of the Mariri vine (Banisteriopsis caapi) and the leaves of the Chacrona tree (Psychotria viridis) in their natural form, without isolation of the DMT. Interestingly, the Spanish decision itself admitted such a situation: “it is undeniable that there is no evidence that the accused intended to synthesize or crystalize the DMT.”

Another point that raised attention in the case is that it wasn’t necessary to analyze the evidence produced in relation to the possession of the Hoasca tea: from the beginning, the Mestre of the União recognized the possession of the Vegetal, explained what it was, what it was used for and his intention of entering legally into Spain, in addition to bringing with him all the documentation of the UDV’s registration in the country. There was no attempt to camouflage the bottles or to mask their contents. All bottles were labeled with a clear and accurate description of their content, demonstrating the transparency of the Mestre.

Throughout the presentation on the interference of Criminal Law on the religious practices of the Hoasca religions, it became clear that, although the prohibition of psychoactive substances that pose health risks is legitimate in the abstract, the sacramental use of Hoasca does not specifically fit within this assumption. This is why practitioners of Hoasca religions cannot be encumbered from practicing their religious worship.

Furthermore, this is not a conflict between community constitutional rights and values, given that public health (a legal interest to be protected) is not actually at risk. There are numerous studies that prove that the use of Hoasca tea within a religious-ritual context is not only harmless to the health, but is beneficial to the physical and mental health of those who drink it. Additionally, there is no history of deviation from the religious context within the UDV.

In view of this, it is unnecessary to make a judgement (which presupposes the consideration of two values in confrontation) when it comes to the sacramental use of Hoasca. In the absence of the alleged conflict, the only remedy can be to guarantee the right of the religious use of Hoasca tea.

The presentation was received with great enthusiasm by the conference  participants, who asked several questions about the subject and about the caboclo origin of União do Vegetal (* caboclo is a traditional dweller of the Brazilian forests).

Commenting on the process and the current situation in Spain, M. Jean Adriano, Representative Mestre of Núcleo Valencia, said that, “Before and after the 2016 ruling, we saw how much we are being accompanied by our Mestre Gabriel. We saw and see that we have the support and the outreached hand of our Guide. We currently have 37 members, and we recently had the great joy of being elevated to a Núcleo, with the presence of the center’s highest authorities, including the General Representative Mestre and members of CONAGE. Currently, there are people waiting almost 2 years to get to know the Vegetal. There are many searching for and interested in the awakening of consciousness. We hope that soon the authorities in Europe will also awaken to this much-desired regulation for the right to the religious use of Hoasca.”

Although present in ten countries other than Brazil, the União do Vegetal continues to work responsibly to defend the religious use of the Hoasca tea in Europe, which is essential for the functioning of its centers there. The General Representative Mestre (the Center’s highest authority), Paulo Afonso Amato Condé, explains: “The UDV works for the development of human beings in their moral, intellectual and spiritual sense. Our experience, since the creation of this religious institution, demonstrates that we contribute to the building of a more just and peaceful world, which has already been recognized by the authorities of several countries. This is why we trust and respect the right to the religious use of the tea, which is our Sacrament.” 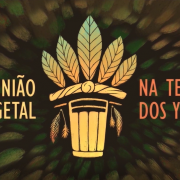