Research presented in Girona speaks of the benefits of Hoasca Tea in treatment against depression | Photo: Jocimar Nastari. 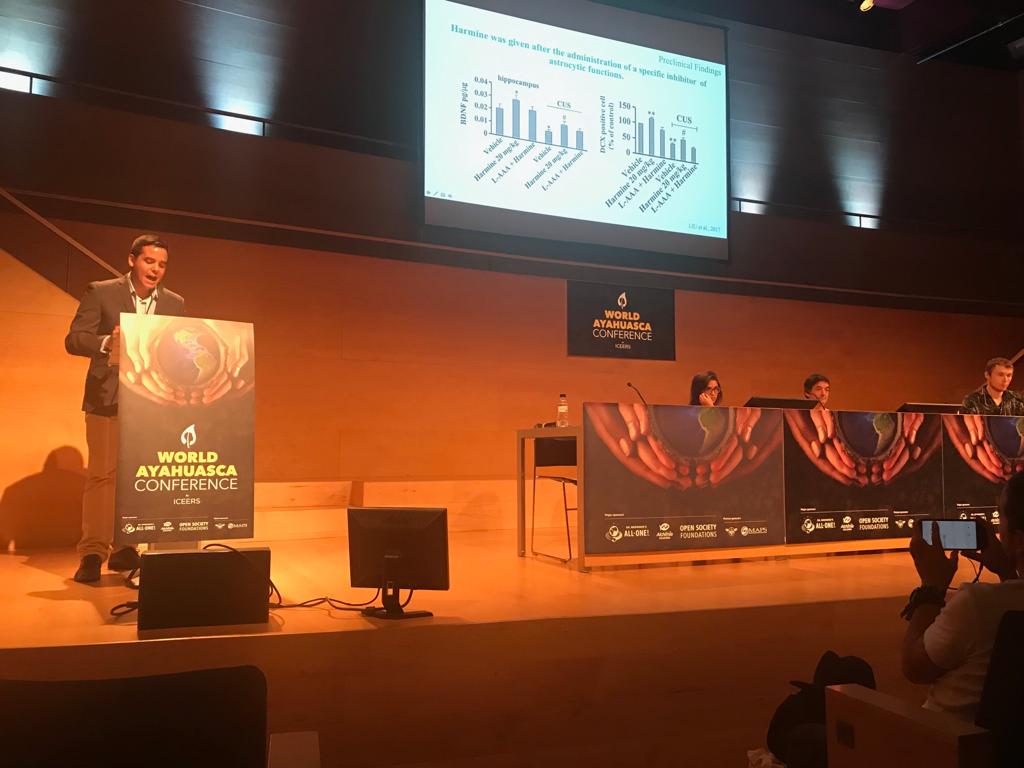 In the III World Ayahuasca Conference, held in early June in Girona (Spain), Francisco Cid Coelho Pinto* was part of a panel about mental and physical health, where he presented a summary of his master’s work, consisting of an evaluation of the effects of Hoasca tea on depression. In this same panel, other researchers presented summaries of work that also indicate, preliminarily, the positive effects of the use of Hoasca Tea in patients with depression and post-traumatic stress. Francisco Cid then wrote a summary of what he presented at the conference for the UDV blog.

There are strong indications that Hoasca Tea (also known as ayahuasca) has presented benefits for mental health, specifically in the improvement of depressive symptoms evaluated in preclinical studies, clinical studies, and in social contexts. Through a broad bibliographic study, I point out the constituent elements of the Tea, the site where the constituents perform their actions and how these effects act to improve depression.

DMT (Dimethyltryptamine) is a molecule that we produce endogenously (inside our bodies), principally when we sleep, in cerebral subregions like our pineal gland. DMT is also present in the leaves of Chacrona (Psychotria Viridis), one of the plants utilized in the preparation of the Hoasca Tea (the other plant is the Mariri vine – Banisteriopsis Caapi). Chemically, DMT has an affinity for Sig-1R chaperone and serotoninergic 5-HT2a receptors, where it is believed that, through molecular connections, it leads to the effect of visions. The Sig-1R receptor also promotes the formation of new neuronal cells, the growth of synapses (sites of transmission of nerve impulses from one neuron to another), in addition to increasing the conduction speed of these connections and modulating inflammation.

However, when DMT is ingested orally, it is degraded by an inactivating enzyme before it reaches neuronal cells. In the composition of the Hoasca Tea, there is a synergy between substances, which enable the actions of DMT. This synergy is possible due to the presence of substances from the Mariri that inhibit the degradation of DMT, namely: ß-carbolines, harmine, harmaline and tetrahydroharmine. We can see the importance of the union of these plants. The ß-carbolines, besides allowing DMT to perform its functions in neurons, directly increase the number of neurotransmitters responsible for happiness and well-being, demonstrating psychoactive properties and acting as stimulants within the central nervous system, in neurogenesis (the formation of new neural cells), neural migration, stem cell proliferation and neural plasticity.

Consequently, these effects help in reversing depressive conditions, since depression can now be seen as a chronic neural inflammation that causes a decrease in new synaptic connections (synapses), leading to symptoms of apathy, sadness, loss of pleasure and memory. In some studies, the reversal of depression using Hoasca Tea in humans and the decrease of depressive symptoms in animals with depressive behavior like rodents and primates was observed, as well as that harmine administered in an isolated form reversed depression in animals with depressive behavior like rodents.

We can conclude that the Hoasca Tea is harmless to the health, has benefits for the brain and improves the mental health of people who drink Vegetal, highlighting the importance of the union of the two plants in the improvement of people with depression.

The information used in this work was taken from published articles. We can access these and other articles through the UDV Ciência

(UDV Science) website, where I had the opportunity to translate and organize some abstracts related to the Hoasca Tea pharmacology.

On July 18th, Editor Pedra Nova will release the book DMT: The Spirit Molecule, by Rick Strassman. The book reports a scientific study conducted by Dr. Strassman that points to the clinical and consciousness-expanding potential provided by the use of DMT in plants, humans, and potentiated by Hoasca Tea. The book can be purchased at this link.

*Francisco Cid Coelho Pinto is a member of the Instructive Body of Núcleo Fortaleza (Fortaleza-CE), and a student of the Post-Graduate Program in Pharmacology at the Federal University of Ceará, oriented by Professor Dr. David de Lucena, and was also present at the III International Ayahusca Conference

Cooperative Learning in the scope of the União do Vegetal 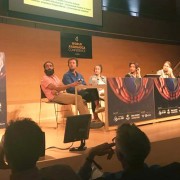 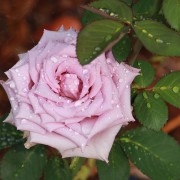 On its 58th anniversary, UDV releases a new institutional video
Scroll to top