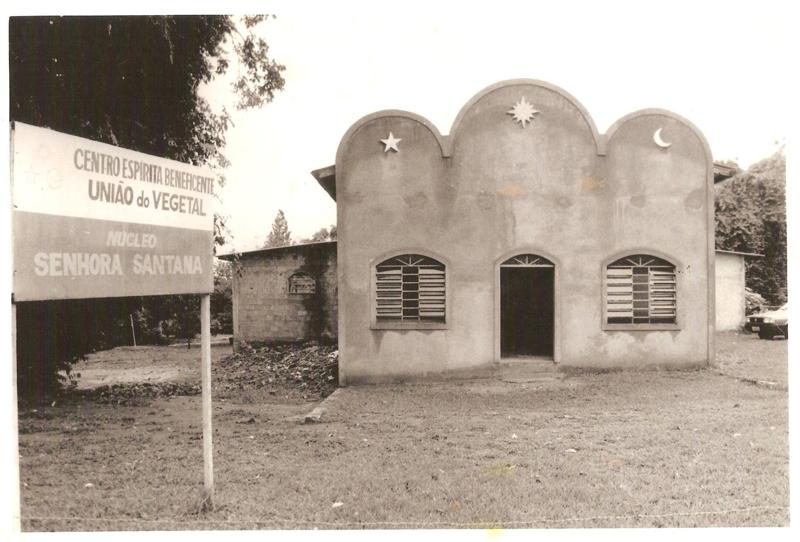 The date of February 18th is a date of great historical importance for Nucleo Senhora Santana (Campo Grande-MS). On this date, in 1984, mestre Clóvis Cavalieri Rodrigues de Carvalho (current General Representative Mestre of the Beneficent Spiritist Center União do Vegetal) received authorization from the General Representative Mestre at that time, Raimundo Monteiro de Souza (Mestre Monteiro), to open an Authorized Distribution of Vegetal (DAV) in that city. In this way began the expansion of the União do Vegetal in the 13th Region, which today consists of nucleos and DAVs in Mato Grosso and Mato Grosso do Sul and one núcleo in Goiás.

Mestre Clóvis resided in the city of São Paulo-SP and drank Vegetal for the first time in Nucleo Samauma (which at that time was located in Cotia-SP), on February 10th, 1979 in a session directed by the Nucleo’s Representative Mestre, Raimundo Pereira da Paixão (Mestre Paixão).

In 1980, already belonging to the Body of Council, Mestre Clóvis received authorization from Mestre Paixão to take Vegetal to his family in Campo Grande.  The sessions were realized in his parents’ home, Elias Rodrigues de Carvalho (in memoriam), who reached the Cadre of Mestres in the UDV, and his mother, who today is known as counselor Neide. Those who participated in the sessions were his companion, now counselor Célia Regina Bandeira Parra de Carvalho, his parents, and some other family members.

On November 1st, 1981, mestre Clóvis was convoked to the Cadre of Mestres by Mestre Paixão. In 1982, he moved to Brasília-DF, continuing to take Vegetal to Campo Grande with the authorization of the Central Mestre, at the time Mestre Monteiro, and of the Representative Mestre of then Nucleo Estrela do Norte (currently Sede Geral), Luís Felipe Belmonte dos Santos (today Assistant General Mestre of the UDV).

On February 18, 1984, mestre Clóvis moved to Campo Grande, receiving authorization from Mestre Monteiro to open a DAV. The first session was held in the house of his parents, located at 92 André de Barros Street – Vila Sargento Amaral. During a period of one year and eight months, the sessions were held at the residence of m. Clóvis and c. Célia, located at Madrid Ave.

In July 1984, land was purchased for the construction of Pre-Nucleo Senhora Santana. The name of the road where the land is located is Horto das Oliveiras (Olive Tree Garden), the only road in the neighborhood whose name has a connection with the life of Jesus.

Mestre Clóvis counted on the special support of the first disciple who arrived after his family members, Tiago do Carmo da Silva, Mestre Tiago (in memoriam). He also counted on the support of his father and of his cousin, Adolfo Mura, who today is a member of the Cadre of Mestres and the current director of the Department of Beneficence of the General Directorate of the Beneficence Spiritist Center União do Vegetal.

Mestre Paixão was who proposed the name “Senhora Santana”, a happy choice!

Pre-Nucleo Senhora Santana was inaugurated on December 14th, 1985. Present on this day were: the General Representative Mestre at the time, Mestre Monteiro, and Mestre Paixão at the time the Central Mestre of the 3rd Region, the region to which Nucleo Senhora Santana belonged. It was a very beautiful celebration, an event with an expressive presence of the brothers and sisters from Nucleo Samauma, and other brothers and sisters from other nucleos of the UDV.

With the passage of time began the work of constructing the first buildings.  The house of the caretaker was first; then the nursery, where some sessions took place; then followed the casa de preparo (Vegetal preparation area) where, for over three years, sessions were held.

At that time, there did not exist electrical energy on-site, and light from a lantern was used. The day that the electricity was installed, Mestre Raimundo Carneiro Braga (mestre Braga) was present, and it was a moment of great joy.

The arrival of Mestre Pernambuco

Throughout these years, Núcleo Senhora Santana received support from the Mestres of Origin of the Center, noble people who are greatly valued for their part in the history of the UDV.  This virtue of valuing these Mestres was taught to the brotherhood by mestre Clóvis.

With the presence of Mestre Manoel Severino Félix (Mestre Pernambuco), who lived in Campo Grande for two years and four months, Pre-Nucleo had the condition to be elevated to Nucleo Senhora Santana on December 14th, 1987.

Currently, Nucleo Senhora Santana has a brotherhood composed of close to 174 people, including associates and their children.

For 32 years, counting from the time of the creation of the DAV, Nucleo Senhora Santana, as well as the other nucleos from the 13th region, maintains an important participation in the works of the General Directorate of the União do Vegetal, including the following Departments as well: Beneficence, Memory and Documentation, and Medical-Scientific.  It also helps in the works of New Enchantment (for Ecological Development), a sister organization of the UDV.

In this beautiful history, m. Clóvis and c. Célia, have always sought to transmit the truth in their words, preserving the teachings of the Great Mestre Gabriel with honor and profound love.


Nucleos and Authorized Distributions of Vegetal that make up the 13th Region:

** Member of the Body of Council of Nucleo Senhora Santana (Campo Grande-MS) and Director of the Department of Memory and Documentation of the General Directorate of the Beneficent Spiritist Center União do Vegetal (DMD).
–

Historical photo research: Geancarlo Merighi, monitor of the Department of Memory and Documentation and Isabela Abes Casaca, auxiliary of the DMD. Members of the Instructive Body of Nucleo Senhora Santana. 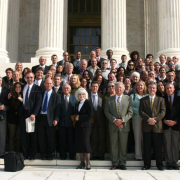 Ten years ago, Justice guaranteed UDV in the USA
Scroll to top