Temple of Nucleo Santa Fé, the dream has become a reality

On April 24th, Núcleo Santa Fe inaugurated its Temple, located in the city of Santa Fe, New Mexico, USA.  The inauguration brought together people from all over the US, Europe and Brazil, and took place after the Gathering of the Council of Central Administration (CONACE) of the 1st Region of the União do Vegetal in the USA, which took place on April 22-23.

Others who participated in the Session include the Central Mestre of the 1st Region in the US, Paulo Afonso Condé; the President and one of the Vice-Presidents of the General Directorate, mestres Wladimir and Pedro da Rós, respectively; conselheira Suely de Carvalho (widow of Mestre Florêncio Siqueira de Carvalho), among other esteemed mestres, counselors, and brothers and sisters.

The temple was foreseen in 1992, on the first visit of Mestre Florêncio to the city of Santa Fe. Mestre Jeffrey Bronfman, who at that time had recently associated with the UDV, recalls that Mestre Florêncio said to him: “One day there will be a Núcleo of the União do Vegetal here and the name will be Núcleo Santa Fe, and you will be the Representative Mestre.”

With the passing of time the words of Mestre Florêncio became a reality. The sessions initially took place in a temporary structure, on the same land where today the permanent Temple is established. From 2009 until April 2016, the núcleo rented a temporary location in another area of the city and used it for holding sessions.

Nucleo Santa Fe: a seed watered by the brotherhood of the USA with much love and dedication | DMD/Santa Fe 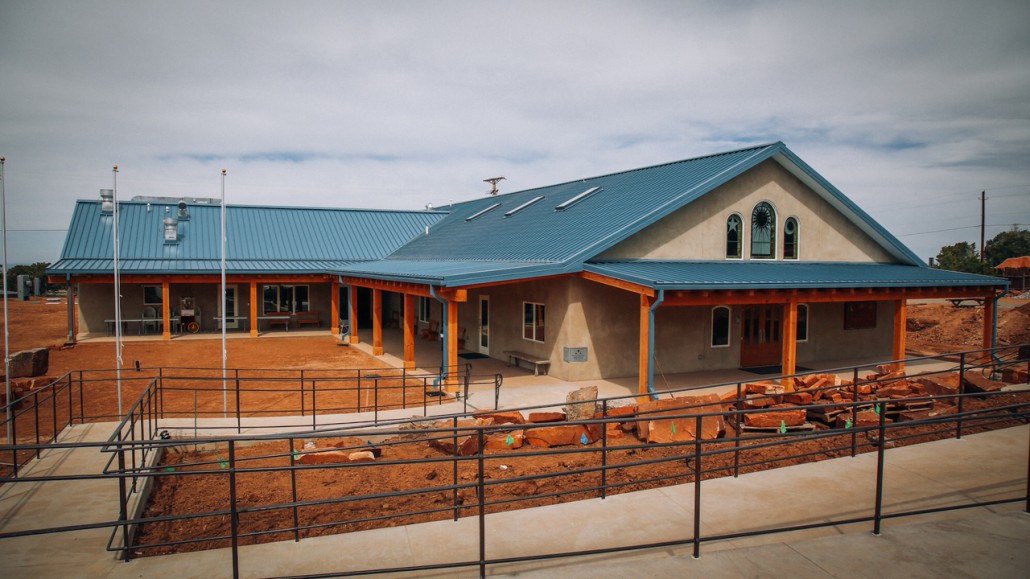 Click here to learn more about the construction of the Temple of Núcleo Santa Fe.

The project to build the temple began in 2007. The project went through several refinements through the years of planning, with teh vision of the simple and dignified standard of the Temples of the Beneficent Spiritist Center União do Vegetal.

The application to build the project was denied in 2011 by Santa Fe County, when the County Commissioners succumbed to pressure by neighbors who did not want the project built. The UDV initiated a lawsuit in Federal Court against the County in 2012, affirming that the religious freedom guaranteed by the Constitution of the United States includes the use of land for religious purposes, including for the building of churches and temples. Recognizing the error, the County settled the lawsuit with the Center to allow the construction of the temple.

Paying back bad with good, as is the teaching of the União do Vegetal, and respecting the authorities and the neighbors, Núcleo Santa Fe earned its due respect and authorization to build its permanent temple.

Construction began on June 9, 2015. The construction was done by a contractor that was hired by the Núcleo, under the supervision of the Project Manager, Central Assistant Mestre of the 1st Region in the US, Tai Bixby. The irmandade also participated in the construction and together placed the cornerstone on November 1st, 2014, a symbolic date in the União do Vegetal and also for the irmandade of the United States. The project was completed on April 6, 2016, and was inaugurated on April 24th. It represents the harvest of a fruit that had been planted with love, dedication, and above all, faith.

Mestre Paixão, friend of the Mestre and of the UDV