Today, December 8th, 2017, marks nine years since the then Pre-Núcleo Inmaculada Concepción (Madrid, Spain) was elevated to the category of Núcleo. However, it has been 24 years since the first session of the União do Vegetal in Spain, which took place on September of 1993 and 20 years since the official installation of the Authorized Distribution of Vegetal. It was the first Núcleo of the UDV on the European continent and of the 1st Region of Europe and Oceania. We have arrived here thanks to the effort, goodwill, and constancy of numerous people, each one with their contribution to this Sacred Work.

Since its beginning, Núcleo Inmaculada Concepción (Immaculate Conception) showed its European nature because it welcomed people from countries from around the Continent. During these years, the Núcleo had associates that resided in various countries: Germany, the United Kingdom, Portugal, Switzerland, France, Italy, Denmark, Holland, Sweden, Ukraine, Israel, and Brazil. Some of these associates were the pioneers of the Distributions of Vegetal that were opened by the UDV in Valencia (Spain), Portugal, the United Kingdom, Switzerland, and Holland.

Despite its physical distance from Brazil (or, perhaps, because of it), we have had the honor of receiving visits from some of the Mestres from the Council of the Recordation of the Teachings of Mestre Gabriel: Monteiro, Adamir, José Luiz, Roberto Evangelista, Braga, Pequenina, Roberto Souto, and Herculano; some of whom visited us on several occasions, as well as many other mestres, counselors, brothers and sisters, giving testimony to the words of Mestre Gabriel. All of them, messengers of Peace, left a profound mark on my heart.

Today, we can already perceive that this Message of Peace comes extending itself throughout this old continent and that the UDV is present, beyond Spain, in Portugal, the United Kingdom, Switzerland, Holland, and Italy.

During these years, many people have been and continue to be a part of the irmandade of this Núcleo. It is impossible to enumerate all of them; however, I wish to highlight the people of the Direction that were or still are associates of the Núcleo. Mestres: Luis Sendino, Miguel Romero, Manuel Fernández, Ibai Martínez, Márcio da Rós and Jean. Counselors: Adriana, Carmen, Delcy, Diana, Joana Oliveira, Leandro, Márcio Catunda, Reyes, Tânia, Teresa, Vando and Victoria; as well as some people who used to be part of the Direction: Antonio Pastor, Asunta, Juan Luis, Márcia Alves, Miguel Fisher, Piedad, Rafael, Tim and Zeneide.

I participated in my first session of the União do Vegetal on January 5th, 1996 in Madrid. I felt that I was in a good place. Every session nourished me and in a few months, I understood that I had finally found the path that I had been searching for for many years. I felt at home.

Looking at these almost 22 years of my own history in Núcleo Inmaculada Concepción and remembering the many moments that were experienced, I feel an immense gratitude to Mestre Gabriel, to the União do Vegetal, and to so many people with whom I share this part of my story. People that contributed and continue to contribute with their presence, friendship, and care, making this Núcleo grow and be a safe haven in this old continent, ready to receive all of those who come to contribute.

I conclude by expressing the great joy that I feel to contribute, with my small portion, towards the growth of the UDV in Europe, where we have the opportunity to cultivate sincere friendship and fraternity amongst all of the members of this great family.

May Mestre Gabriel continue guiding us! 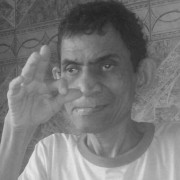 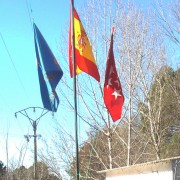