José Luiz de Oliveira is one of the first disciples of Mestre Gabriel. He arrived in the União do Vegetal early in the beginnings of the UDV in Porto Velho (RO), and was one of those who received the title of mestre from the hands of the creator of our religion.

In this video, Mestre Zé Luiz speaks of his infancy, his first encounter with Mestre Gabriel, his arrival in the UDV and his walk throughout all of these years. “We came learning and having as our base that which the Mestre taught. When he disincarnated, we gave continuity; but always seeking to not stray from that which we learned with him”, he explains.

In the year 2000, Mestre Zé Luiz assumed the place of General Representative Mestre, highest authority of the Beneficent Spiritist Center União do Vegetal, fulfilling two consecutive terms, in a total of 6 years. Together with the other mestres of the origin, he sits at the Council of the Recordation of the Teachings of Mestre Gabriel, the body responsible for the preservation of the doctrine and the teachings brought by the Mestre.

Videos of the UDV

This blog began publication in September of 2013, from a series of videos with the mestres of the origin of the UDV. They bring accounts of the stories and situations lived by the pioneers at Mestre Gabriel’s side in the early years of the União do Vegetal. The inaugural interview of the series is Mestre Gabriel’s companion, Raimunda Ferreira da Costa, better known as Mestre Pequenina. In February of 2014, a video was published of Mestre Herculano, the present General Representative Mestre. This past May, it was the turn of Mestre Gabriel’s son, Mestre Jair Gabriel.

New video of the Mestres of the Origin brings Jair Gabriel da Costa, son of... 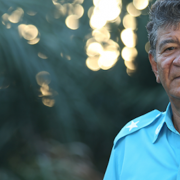 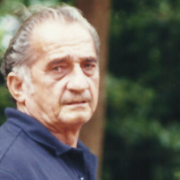 New video in the Mestres of the Origin series brings Raimundo Carneiro Brag...
Scroll to top