Florêncio Siqueira de Carvalho (who would have turned 86 years old today) combined in his name and in his singular life many flowers, one self (Si) in many and a will (querer) of a leafy tree and support for numerous friends. Mysteriously, he had so much of this everything, that friend of mine and of many. I began to get to know him in 1974, December, Sede Geral, Porto Velho, Rondônia. I had not noticed him in the large wooden shack where the House of Preparo of Núcleo Mestre Gabriel stands nowadays. I also was hardly able to support my own head. Burracheira was coming in waves and I myself was adrift.

It was then that I heard for the first time the Thrush sing. It was the chamada of the Barquinha (the little boat) that picked me up and dislocated me to a place away from there. It was Mestre Florêncio calling and me following. This first encounter was followed by many others.

Whenever we met we would talk until daybreak. A source of anecdotes, of tales, of sayings. He was spontaneity incarnate that came to live among us. A man of rich life, who overcame the greatest difficulties a human being can face. He was a slave in the Seringal. He lived with Indians, faced jaguars, lived for God knows how long in a hut in the middle of the woods.

Tuxaua (top rubber tapper) without limit for the court, a countryman with the spirit of a scientist, Carvalho, as he was called by Sueli, the beloved countrywoman, lived many lives in one. When he went at 80 years of age, he left expressive laughter, a cheeky smile, a boyish gaze much nostalgia, and an example of a kind Heart. Florêncio conducted in his heart the Countryside.

Until another day, Thrush!

Mestre Monteiro, 84 years old, one of the pillars of the UDV 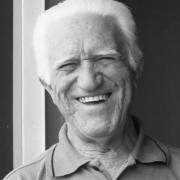 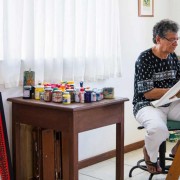 Mestre Jair Gabriel, pioneer of the UDV
Scroll to top