This was the reality of Antônio Gabriel da Costa in the recovery room of the Instituto José Frota (José Frota Institute) in Fortaleza, the first day I saw him in April 1992. Externally, he was suffering multiple injuries due to a severe car accident. Internally, he was having a dialogue with Mestre Gabriel, his brother, who was telling him to have consistency between his actions and his words.

Two weeks before, Mestre Antônio suffered a serious accident while driving his truck loaded with tiles on highway BR-116 near Chorozinho, Ceará; he had doctrinated in a Session about the importance of faith. The evening, when I visited him in the hospital in Fortaleza, I found him in a coma with little chance of surviving. It was in that moment that he was having an internal dialogue with Mestre Gabriel, who, in response to a request from him to save his life, replied sternly: “And faith, Antônio? You talk so much about faith.”

There, at that moment that I saw him on an iron stretcher, uncovered, with his face disfigured by the accident, I spoke into his ear: “Mestre Antônio, I am from União do Vegetal and I will take care of you.” It was precisely at that moment that he was engaging in an inner dialogue and had decided on faith as the last alternative.

That is how we began a friendship that lasted until he passed away and that lives with me until today. Mestre Antônio remained hospitalized for more than two months and underwent several surgeries. During this period, he demonstrated his desire to live and his iron discipline in achieving this purpose. In this short period, I met a simple man, who was humble and had great faith.

Years later, he returned to Fortaleza for a visit and showed a tremendous display of gratitude and humility. At a Session at Núcleo Fortaleza, he thanked everyone who supported him during his recovery and made the chamada “Fortaleza do Mestre” (“Fortress of the Mestre”) for the first time after its approval. On that same trip he visited the doctors who took care of him. Not only did he remember everyone’s name, but they also remembered Mestre Antônio. I witnessed, and was moved, by the power of simplicity. A simple, modest man who had been able to captivate and impress people who care for so many people daily, but who had been able to see in him a special human being.

From my friendship with Mestre Antônio Gabriel I received a gift that I hold dear to me and has since become part of my life; that gift is faith. Mestre Antônio was a man of faith.

October is the month of his birthday. It is a month in which the daily nostalgia of this simple man presents itself with more intensity. To Mestre Antônio Gabriel, I raise my thoughts with longing and with the faith that his life was worth it because of the many lessons that he left.

*Tadeo Feijão is vice-president of the General Directorate and the president elect of the DG for the triennium 2018-2021.

One of the pioneers of the UDV, Conselheira Dionéa turns 70 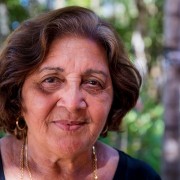 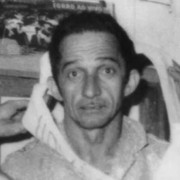 Mestre Braga, a permanent presence in União do Vegetal
Scroll to top