The legality of the sacramental use of Hoasca Tea was one of the topics addressed during the course Human Rights and Religious Freedom: UN and OAS Systems, held on July 9, 2019, at Regent’s Park College at the University of Oxford, in the UK.

The course – which aims at training lawyers and legislators from various countries on issues related to Fundamental Civil Liberties and Human Rights, notably the freedom of religion and belief – was taught by internationally renowned teachers such as Drs. Mervyn Thomas [1], Mark Hill QC [2], David Taylor [3] and Thomas Schirrmacher [4].  In the class called, The authority of freedom of religion and belief in the European Court of Human Rights, several cases judged by the European Court were critically analyzed, among them, the legality of the sacramental use of Hoasca Tea. Subsequently, the Court’s understanding was compared with the international treaties on the subject and with the judicial decisions that analyzed the recognition of the Beneficent Spiritist Center União do Vegetal (UDV) as a religious organization in Portugal, Spain and the United Kingdom.

It has been confirmed that the right to religious freedom, secured in Article 9 of the European Convention on Human Rights, fundamentally guarantees that everyone has the right to have and to change their religion or belief, and to be able to freely manifest them, individually or collectively, in public or in private, through the celebration of the worship, teaching, practices and the celebration of rites.

Although the right to religious freedom is not guaranteed in absolute terms, for the State to interfere with such a right, it must have a sufficiently strong justification, that demonstrates the established conditions in Article 9, Number 2, namely: State interference and limitation must be prescribed by law and be necessary in a democratic society in the interests of public safety, for the protection of public order, health or morals, or for the protection of rights and freedoms of others.

In further consideration of this issue, the case of the União do Vegetal’s license application to import and administer the Hoasca Tea during religious rituals in the United Kingdom was examined. Notwithstanding that the Administrative Court of the Queen’s Bench Division of the High Court of Justice argued that the government’s decision was due to the alleged insufficiency of studies on the long-term use of the Tea, and that “there is no presumption in favor of granting a license”, the British Court failed to observe that the legal framework applicable to the right to religious freedom guarantees, as a general rule, the broad exercise of religious practices. It is valid to say, the restriction of rights enshrined in the European Convention on Human Rights is the exception, not the rule. The rule, it should be noted, is full enjoyment [of the rights].

It follows that, in the procedural scope, the burden of proof lies with the State and not with religious faith. Thus, it would be up to the government to demonstrate that the communion of the Hoasca Tea endangers a community good (in this case, public health). It turns out that the invocation of a public interest aimed at limiting the exercise of a fundamental right cannot, evidently, be unaccompanied by evidence, under penalty of legitimizing the performance of a totalitarian state. Here we apply the famous Latin aphorism allegatio et non probatio quase non allegatio, which, in the vernacular, means: “to allege and to not prove is all but not alleging.”

Thus, the state cannot rely on mere speculation to the detriment of serious existing scientific studies. Moreover, due to the robust scientific research carried out on the record regarding the use of the Hoasca Tea, in which “the known results reaffirm the empirical observations in the various groups that regularly use this Tea in their religious rituals, where people who use it for 30 years or more appear to be healthy, lucid and whose morbidity profile is no different from other people in the communities where they live.” (GROB, Charles. et al. Hoasca Human Pharmacology – Clinical Studies)

It is also worth mentioning that the acquisition and utilization of Hoasca Tea for sacramental purposes are within the scope of the protection conferred by freedom of worship. In effect, as the Declaration on the Elimination of All Forms of Intolerance and of Discrimination Based on Religion or Beliefs clarifies, the right to freedom of religion includes the freedom to “make, acquire and use to an adequate extent the necessary articles and materials related to the rites or customs of a religion or belief”(Article 6, paragraph (c)).

Just as, for some Christians, the Eucharist is a form of communion with God, the members of the União do Vegetal have Hoasca as their religious sacrament, which is indispensable for the celebration of worship. Therefore, it was identified that the impediment to import and use Hoasca Tea exclusively for sacramental purposes constitutes serious and unjustified religious discrimination, incompatible with the commitments assumed before the international community.

*André Fagundes is a member of the Instructive Body of Núcleo Luz Boa (Lisbon, Portugal). A PhD in Public Law and Master in Constitutional Law from the University of Coimbra, Portugal.

1 – Founder and CEO of Christian Solidarity Worldwide (CSW). Chairman of Religious Liberty Partnership. Member of the Foreign Office Advisory Group on freedom of religion or belief.

3 – Professor and international affairs analyst. Chair of the Board of Trustees of Christian Solidarity Worldwide (CSW) and Religious Liberty Partnership on issues of international religious freedom. 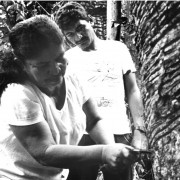