Urged by the Communication Coordination and the General Directorate of the Center to write a short text explaining Project Jeca Total, I saw myself before an undertaking that brought me reflection and satisfaction. To take up the thread of this tale, we take ourselves to the beginning of the 1990s, when we had inklings of a great and fast transformation in course. Mass computation was taking its first steps and we perceived its irreversibility. A great challenge would install itself. To maintain our “country” values in a high-speed and mutating multimedia society.

Our youths would be subjected from there onward to an invasion of beliefs and values, “clothed” in modern trappings, as if they were novelties; a revolutionary shell that hid a very ancient center of moral and intellectual distortions, impacting the Spirit. An old paradigm disguised as innovation. After all, new sins and new lies do not exist; neither below nor above the Equator.

So we imagined, as an antidote, a Future Caianinho who could transit within “two worlds” with the same fluency. From this arose the figure of the Jeca Total; someone who managed the languages of nature and of the machine with the same development. One who was interested, with the same intensity, in navigating the urban and the so called “wild” environments. I chose this word wild, purposefully, so that, immersed in this year of 2016, we reflect on where truly are the wilds.

So we realized the first Jeca Total in 1992, taking advantage of the rural space of the General Headquarters of the UDV (Planaltina- DF), surrounded by a Bush that has gone. We remained in silence for years, working on other fronts, until in 2007 we held the Jeca Total 2 in the region of the Chapada dos Veadeiros (Dear Hound Mesa) (Alto Paraíso of Goías- GO), known by the name Macaquinhos (little monkeys). And now, the Jeca Total 3, realized in May of 2016 in the pristine Fazenda Lua (Moon Ranch), located also in the same municipality of Alto Paraíso.

The primary motto of the Jeca Total 3 was the survival of virtuous values in the hearts and minds of those who went on the expedition. The secondary motto was survival in situations that require courage, overcoming and brotherhood. We sincerely believe that we reached the objectives with the youths. Some testimonials inserted in the video will speak more than many sentences that could be written here. Some brothers and sisters of the organizing commission who were present on previous versions give us certainty of this vision.

We imagine expeditions like these replicated in all the Brazilian biomass and beyond Brazil. I conclude, recommending that you view the video on a high definition TV and with a good sound system. In this way, you will be able to feel more of what the Jeca Total 3 was, as well as imagine how the 4th will be:

*Member of the Cadre of Mestres and member of the Council of General Administration (CONAGE) of the Beneficente Spiritist Center União do Vegetal. Also, responsible for the Spiritual Orientation with Children and Youth. 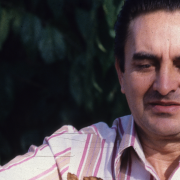 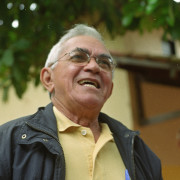