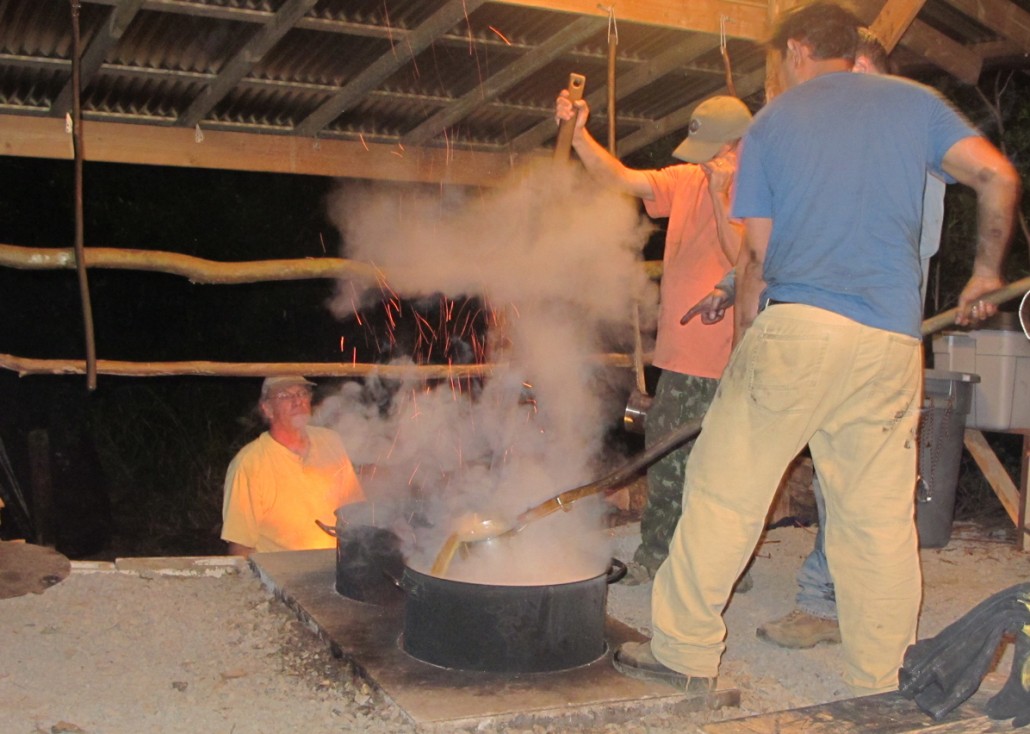 It was in a climate of fraternity, friendship, and gratitude that a Preparo of the Vegetal took place on the days of April 16 and 17, 2016 in the simple House of Preparo of the 1st Region of the United States Plantation, of the Authorized Distribution of Vegetal of Hawaii (Maui Island, Hawaii State, EUA). This preparo was conducted by the General Representative Mestre, Clovis Cavalieri Rodrigues de Carvalho, having as auxiliar Mestre Jeffrey Bronfman (Responsible Mestre of DAV/Hawaii). The Mariri and the Chacrona used in this preparo were collected on the Plantation of the 1st Region/USA and HAPI located in the Maui property.

This is a historical preparo, as it is the first time that a General Representative Mestre of the Beneficent Spiritist Center Uniao do Vegetal performs the sacred ritual of preparing the Mariri with the Chacrona on foreign soil. There were 30 people attending and sharing in this beautiful moment, including mestre Adolfo Mura (Director of DEBEN), mestre Gabriel Travaiani, C. Célia Carvalho, C. Marisa Travaiani and C. Glória Mura who accompanied the General Representative Mestre from Brazil. From the irmandade of the United States, and members of the direction were present from DAV/Maui as well as of 5 Nucleos from the region ( San Francisco, Santa Fe, Jardim Florescendo, San Miguel, and Claridade Divina).

It was a beautiful moment of work and concentration where Light and the Force of Union were present, once more reaffirming that the Teachings of Mestre Gabriel do not have geographical boundaries, cultures, or languages. They are present where men and women willingly make themselves available to work for this Sacred Work with joy, love, and peace. The result was a vegetal of ponto grau (“good degree”) that was used in the session of the Meeting of the Direction of the 1st Region of the United States and the inauguration of Nucleo Santa Fe, on the days of April 23 and 24, respectively.

Temple of Nucleo Santa Fé, the dream has become a reality (click here).

In 2011, Mestre Jeffrey bought a property in Maui (Hawaii) and later transformed this location into a center of applied permaculture research. This property is called Haiku Aina Permaculture Initiative (HAPI) (www.hapimaui.com). Sócios representing the nucleos from the 1st Region in the United States, consituting the plantation team from the region, have had the opportunity to participate in task forces where they study the practices, concepts and techniques of agroforestry, soil biology and horticulture. The activities performed at HAPI are to demonstrate using the principles of agroforestry and permaculture in a tropical environment, where the plantation team maintains 5 experimental areas to study how these principles function in the local environment and how to develop a healthy environment for our sacred plants.

In 2013, Mestre Jeffrey, acquired another area of land (that is located only 10 minutes from HAPI), with more than 5.7 hectares, called Awalau (auspiciously, this name in the Hawaiian language means “the first leaf of a sacred plant”). This land was donated to the CEBUDV to be the regional plantation of our sacred plants. This beautiful area consists of fields, forests and a small river of crystalline waters. Within the mysteries, on both properties acquired through M. Jeffrey (HAPI and Awalau), Mariri and Chacrona already existed, planted by the previous owners.

The Hawaiian and the Caianinho culture

The native Hawaiian culture is very rich in spirituality. It is a culture guided by the concept of family and brotherhood. The wisdom of the elders is considered and respected throughout the community. Mestre Jeffrey presented the União do Vegetal to the Counsel of Hawaiian Elders, and the spiritual leaders of this counsel went to the areas where we have Mariri and Chacrona planted and blessed the work of the União do Vegetal.

This is the União circulating the world and affirming the Light, the Peace and the Love.

*Body of Council and Monitor of the Department of Memory and Communication of Nucleo San Francisco (San Francisco, California – USA) 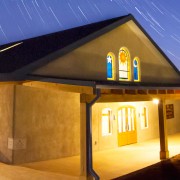 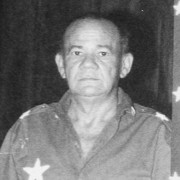