40 years ago, UDV opened its doors to the scientific community 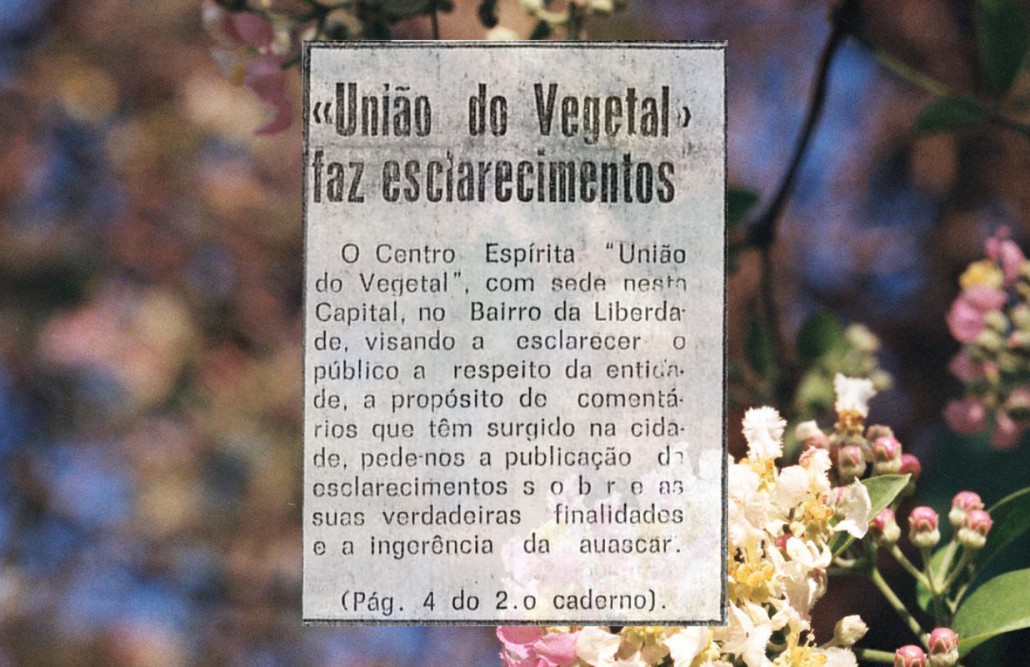 While he was still alive, Mestre Gabriel guaranteed that the Hoasca Tea (also known as Ayahuasca or Vegetal) is harmless to the health.  The content of this statement is part of the Internal Rule of the Beneficent Spiritist Center União do Vegetal since the time that he, Mestre Gabriel, was physically present (until 1971), and continues being read in Escala (Scheduled) Sessions of the UDV on the first and third Saturdays of each month:

“Single Paragraph – For the purpose of mental concentration, the associates, of their free and spontaneous will, drink a tea, Hoasca, which is the union of two plants, the Mariri and the Chacrona, proven harmless to the health. (Internal Rule – Chapter 1 of the CEBUDV))

Already at that time, when the Vegetal wasn’t very well known in urban areas, and even less in the scientific community, Mestre Gabriel brought this subject about the safety of the tea connected to the health of the associates, foreseeing that there would come a day when it would be necessary for the Center to do work in the sense of demonstrating the benefits of the Vegetal to the authorities.

It can be said that, for the associates of the União do Vegetal, there is no need to scientifically prove the words of their Mestre because the benefits of Hoasca Tea are proved in their own lives via their mental, social, and physical health. Another reinforcing factor is the observation of the health of the first followers of the União do Vegetal. Some have been drinking the Vegetable since the time of the rubber-tapping plantations of the Amazon; others started in Porto Velho (RO). Simple people, many without formal education, some of them today over 80 years old, but who maintain good overall health, and principally, a good condition of memory and a clear conscience, including being able to transmit the knowledge of the first years of the existence of this religion, and principally, the teachings left by our Spiritual Guide, Mestre Gabriel.

The willingness for scientific studies

However, the society in which we live has its own parameters for proving statements that are made and one of these parameters is scientific investigation. Thus, in a pioneering attitude, in 1977, the Beneficent Spiritist Center União do Vegetal came to the public to clarify its purposes and to make itself available, for the first time, for the carrying out of research with Hoasca Tea (called Vegetal in UDV and Ayahuasca by the media).

Using an instrument already utilized by Mestre Gabriel, the directors of the Center published a Note of Clarification in the Guaporé Newspaper, in Porto Velho, the capital of the then federal territory of Rondônia, which, at the time, housed the General Headquarters of the Center.  The note, published in October of 1977, stressed the importance of having a “world-renowned laboratory” do a thorough investigation of the chemical and psychological aspects of the Vegetal among its adherents, as well as a selection of a group of people who had ingested the tea in order to measure their vital signs and moods – blood pressure, heart and respiratory rate, electroencephalogram, complete blood count, and other laboratory tests.

This group should be maintained under supervision, for as long as necessary, accompanied by a general practitioner and a psychiatrist.  The research should also include the social participation of those people in community life. The idea is for this study to focus on the three main spheres of the effects of Hoasca as much as possible: chemical-physical, psychological, and social.

Eight years later, in 1985, when the old Federal Council of Drugs (COFEN) designated the creation of a Working Group in order to investigate the plants that compose the Tea, more specifically Mariri and Chacrona, is when the first investigations, mobilized by Brazilian public authorities, were initiated – Resolution nº 4/85.

Two years later, in September of 1987, CONFEN approved the Work Group’s final report, presided over by Dr. Domingos Bernardo Gialluisi da Silva Sá, who concluded that the plant species that composed Hoasca tea be excluded from the list of prohibited substances by the National Division of Sanitary Monitoring of Medication (DIMED).

In 1991, in response to complaints regarding the safety of the tea, new studies were realized by CONFEN, resulting in the ruling in 1992, unanimously approving to maintain the conclusions from 1987; that the two plants should be kept off of the list of prohibited substances by the DIMED, thereby safeguarding new occurrences not contemplated in previous studies.

During this same period began what came to be known as the Hoasca Project, a project with multinational cooperation involving researchers from nine universities and research institutes from Brazil, United States, and Finland.  The project lasted five years – from 1991 to 1996 – and analyzed botanical, chemical, and pharmacological aspects of the two plants (Mariri and Chacrona) and of Hoasca tea, in addition to including analysis of the effects of the tea to members of the Center with regards to sociological, psychological, medical, and legal aspects.

Within the diverse discoveries that this preliminary study pointed out, the most significant was the scientific finding that Vegetal “is not toxic or harmful to the human body in any way”.  The Human Pharmacology of Hoasca, the official name of the publication, was the first study of its magnitude involving the UDV, and it became a worldwide reference in the scientific arena.

The historical milestone of the Center’s institutional openness to research remains as a record of trust in the word of the Spiritual Guide of this Religion.  As a result, today there is a wide range of studies covering the most diverse aspects associated with the use of Vegetal, under the supervision of the Medical-Scientific Department of the União do Vegetal (1). This opening certainly contributes to the scenario of legitimacy in the ritualistic use of Hoasca (2), where not only the UDV benefits, but every hoasqueira community does, too.

(1) – The Medical and Scientific Department (DEMEC) aims to gather and technically orient the scientific data and research with respect to the Vegetal, as well as to represent the Center before the national and international scientific community. .

(2) – Years later (1998), CONFEN was abolished and the National Anti-Drug Council (CONAD) was created in its place, an organization directly linked to the Office of Institutional Security of the President of the Republic, and which today is responsible for the regulation of principles that guide the ritualistic use of Hoasca in Brazil – Official Gazette from January 26th, 2010. The Beneficent Spiritist Center União do Vegetal follows all the norms published by CONAD.

*Flávia Ilíada is a Member of the Instructive Body of Núcleo Estrela Matutina (Brasília, DF – BR).

February 10th: A Consecrated Day in the UDV 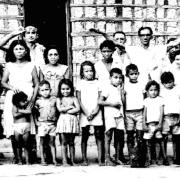