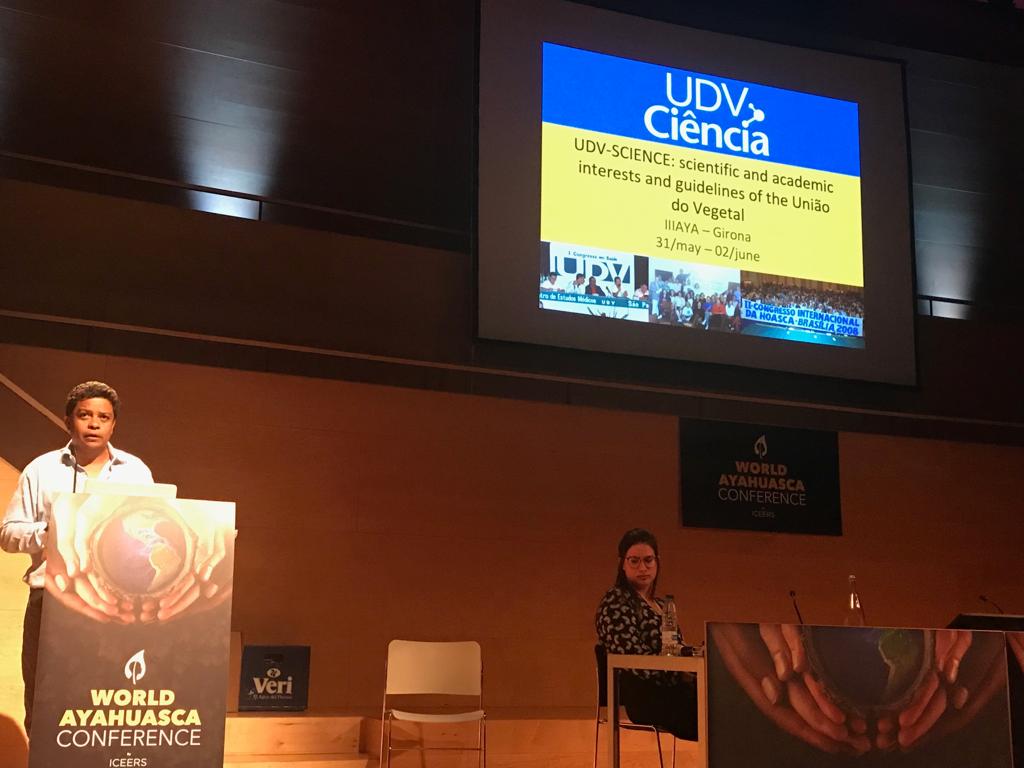 The Beneficent Spiritist Center União do Vegetal launched today the site UDV-CIÊNCIA, that will inaugurate a more direct and agile dialogue with researcher of the whole world, pertaining or not to the UDV. The new space is the result of the accumulation of experiences over decades, and of the good dialogue of the Center with the research community. The site will go live on the first day of the III International Conference on Ayahuasca**, that occurs between today and June 2nd in the city of Girona, Spain.

With the creation of this site, the UDV becomes more accessible to the research community and also comes to inform about the themes that are of our interest in the academic area. The researchers and the interested public will encounter historical information about the vocation for scientific research in the UDV; the already concluded studies supported by us; a platform for submission of research projects and article, theses, dissertations, legislations and also journalistic pieces published in the communication media.

Also a virtual library exists that will steadily be curated, presenting the most recent research respecting Ayahuasca, as the Hoasca Tea is called by the scientific world (in the UDV, also named Vegetal). Beyond this, the site has a blog and a multimedia section that will also update the people regarding what is happening in terms of scientific research and events in the world of Hoasca.

The site UDV-CIÊNCIA is organized from the following lines of interest: Health, Society, Plantation and Environment. The Health area speaks in respect to the interaction of the Hoasca Tea and its components with the human being in its physical, mental and emotional aspects; congregating the studies typically of the areas of Medicine, Pharmacology, Chemistry, Biochemistry, etc. The Society line is connected to the social world created through the ritual and ritualistic use of the Hoasca Tea, congregating the studies of the areas of Sociology, Anthropology, Law, etc. The Plantation and Environment line involves the studies developed with the plants Mariri (Banisteriopsis caapi) and the Chacrona (Psychotria viridis), congregating the studies of the fields of Botany, Engineering, Forestry, Agronomy, etc.

Since the creation of the Center for Medical Studies, in 1986, that later became the Medical and Scientific Department, in 1997, going through the creation of the Scientific Commission in 2004, that was under the exquisite coordination of Mestre Luiz Fernando Milanez (present Central Mestre Assistant of the 1st Region of Europe and Oceania), the União do Vegetal has been sought out by numerous researchers and research institutions interested in establishing cooperation with us.

The site is the result of the support of many people who had come feeling the necessity for a public platform for the dialogue with opinion makers, scientific communities and national governments. Among these, I highlight Mestre Clovis Cavlieri Rodrigues de Carvalho (during the period in which he occupied the General Representation of the Center), the present General Representative Mestre, Paulo Afonso Amato Condé, the General Assistant Mestre Teodoro Irigaray and the President of the General Directorate of the UDV, Mestre Tadeo Feijão.

Without a shadow of a doubt, the site UDV-CIÊNCIA is a space of interaction and information with internal and external researchers to the UDV, as well as with associates of the Center interested in learning more in respect to the Vegetal from the point of view of the science developed from research institutions and universities.

**Joaze Bernardino-Costa launched the site UDV-CIÊNCIA today during the speech “Science in the UDV – scientific and academic interest and orientations of the Beneficent Spiritist Center União do Vegetal”.

UDV will participate in the 3rd International Ayahuasca Conference 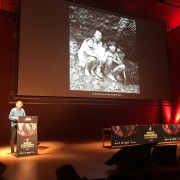