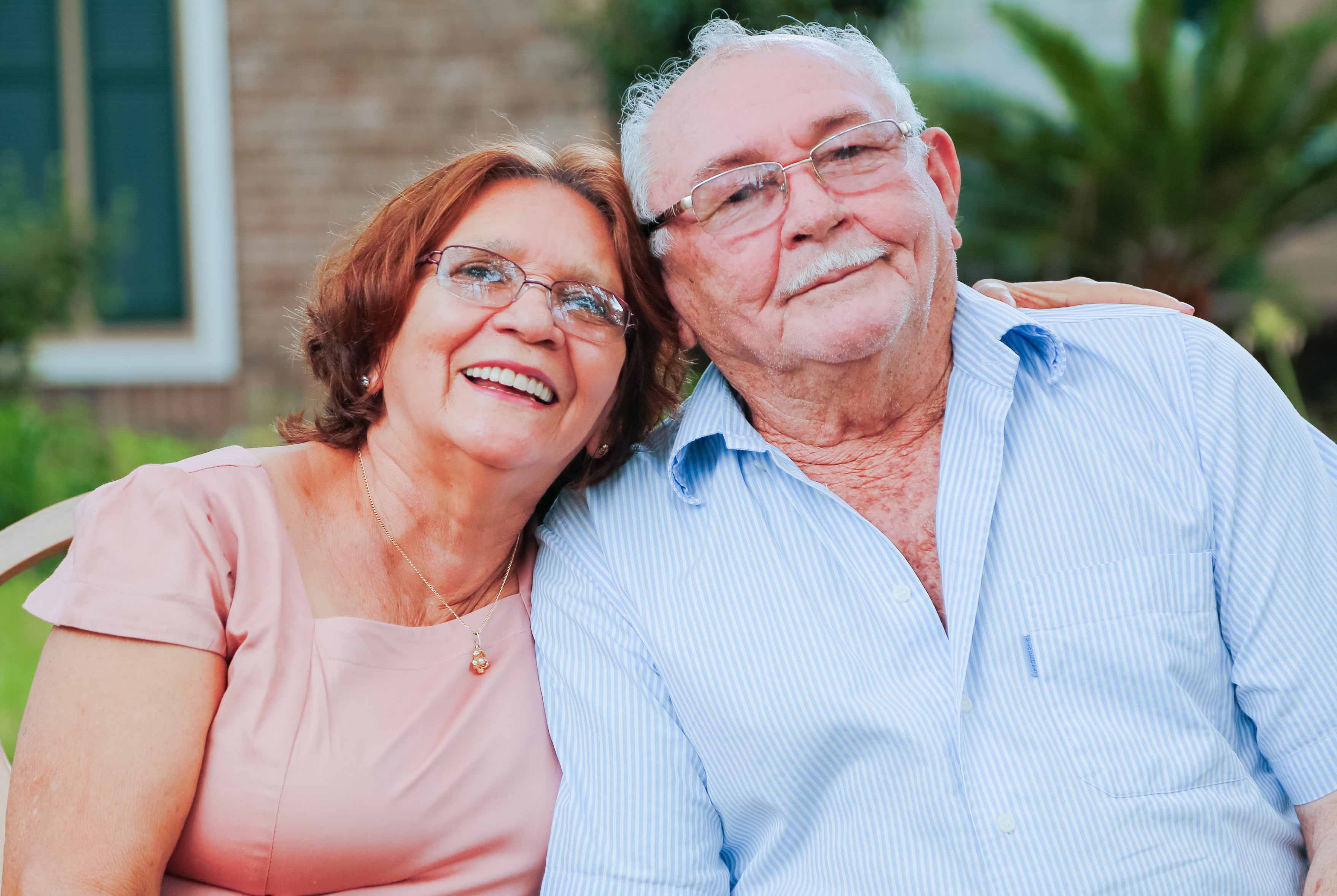 Rita Gomes de Oliveira, our dear Conselheira Ritinha, was born on November 16th, 1948, in a region called Cajueiro, in the state of Ceará, and is turning 70 years old today. When she was a child, in 1953, at only five years old, she went to Porto Velho together with her parents Pedro and Maria José, who were also both from Ceará. She was 19 years old when she met Francisco Herculano de Oliveira in early 1968, whom she affectionately calls “Chico”.

Mestre Herculano says that he had been in the União do Vegetal for four or five months when he met Ritinha and that he quickly brought her to drink the Tea, but neither of them remembers exactly when they first met or when Rita received the first cup of Vegetal. What they do remember is that within a few days they moved in together. And who knows them well knows that they are not very attached to the details of exact dates, but recognizes the importance that this couple has for the entire União do Vegetal, through the examples of simplicity and morality that they transmit to us and teach in such a natural way.

The wedding was only made official 12 years later, on October 19th, 1980 at the General Headquarters in Porto Velho (before its relocation) when the celebration of marriages in União do Vegetal began. Mestre Douvel (currently the Assistant Central Mestre of the 8th Region) who officiated the wedding, says that first he married Mestre Braga to Conselheira Dionéia and a few moments later, married Mestre Herculano to Ritinha.

During the time Mestre Gabriel, Ritinha was in the Cadre of Sócios, but participated in several Sessions of the Vegetal in his presence and remembers well the words of the Mestre, mainly his direct and clear way of speaking and taking people out of the “illusion.” Certainly, this was one of the Mestre’s teachings that Conselheira Rita best absorbed, since she is an expert in getting us out of the “illusion”, always showing us with her cheerful and direct way of being, how things can be more simple than the way we think or feel they are.

Together with Mestre Herculano, and with all our first and valuable brothers and sisters, Ritinha is one of the founding members of the Beneficent Spiritist Center União do Vegetal. She was convoked to the Instructive Body and Body of Council after the passage of Mestre Gabriel: for the Instructive Body she does not remember the date, only knows that it was in the beginning of 1983; and for the Body of Council she was convoked on November 12th, 1983, at Núcleo Estrela do Norte in Porto Velho, by the Representative Mestre at the time, who was Mestre Braga.

Pillar of Strength of her Family

Rita is also a pillar of strength for her family. First, for having provided support to Mestre Herculano in more than 50 years in the fulfilment of this important Mission, which is the continuity of the Work of the Mestre. But also for all of her dedication to this couple’s six children: Isabel, Gerusa, Rosélia, Mirlande, Anerlande and Julio César. The family is growing and today there are six grandchildren: Emanuel Herculano, João Davi, Ana Paula, Ana Carolina, Juliana and Ana Laura.

According to Isabel and Rosélia, their sister Gerusa was born prematurely, “and she is a special daughter.” So for all the children who came after Gerusa, it was as if Ritinha took care of twins, because Gerusa always needed her care. And to this day, the sisters say fondly, Gerusa is the child of the house, who brings joy to them all.

The ones that are part of the Direction are: Conselheiras Isabel, Rosélia, Anerlande, and from the Cadre of Mestres, Julio César. Almost the entire family is part of the União do Vegetal, showing and transmitting what they learned with Mestre Herculano and Conselheira Rita.

In the words of Rosélia and Isabel: “Our mother, is a person of character, hardworking, and always giving support to our father. He has always held positions in the União do Vegetal and has counted on her support every time. For even when we were all children, he was already the Central Mestre of the North Region, and when he traveled through the Region, which included Rondônia, Acre, and Manaus, our mother would go work in their business, “Foto União”. In this way, besides taking care of the house and the small children, she was also his business partner, with whom he counted on to replace him when he was needed away attending the UDV.

Her daughters also remember that Conselheira Rita made a small contribution in how the structure of the Organ’s team is organized today:

Captivating the brothers of Brasilia

We also had the opportunity here in Brasilia to spend time with Conselheira Ritinha very closely, during the six years in which Mestre Herculano occupied the place of General Representative Mestre from January 6th, 2009 to January 6th, 2015. Some of us had lunch at their house once week, and sometimes even more than once. We were always welcomed with a full table with simple but tasty food. And for those of us who did not eat enough, Ritinha often served our plates and, if we did not take them away, she would continue serving us food. She said it was done in order to not have leftovers. But it was also her way of playing with us and captivating us.

At these lunches, one of us always had to say a prayer. We had memorable moments and very funny ones as well. Mestre Herculano or Ritinha would choose who would pray and then would wait. There were some of us who were excited, others who were intimidated, or would start stuttering. And they would just look at us. Those who were already accustomed to it and had already been through the situation kept looking at the individual who would have to say a prayer in front of the General Representative Mestre while sitting at his table in his home. And Mestre Herculano and Ritinha took it seriously, but they always seemed to be laughing internally—and many times on the outside—with good humor and a way of teaching us that is all their own.

We are grateful to this couple, for everything that they keep teaching us. And especially to Conselheira Ritinha on this, the day of her birthday. We wish her health and strength to continue among us for many years, captivating us with her joy and teaching us with simplicity.

Alexandre Retamal is Mestre Responsible for the Authorized Distribution of Vegetal of Luziânia (GO) and Secretary of the General Representation. The elaboration of this text had support from Conselheiras Isabel (N. Jardim Florescendo, Florida – EUA) and Rosélia (N. São Miguel, Porto Velho – RO) , daughters of Conselheira Rita and Mestre Herculano.