Use of the Vegetal is liberated in Canada

On June 5th, 2017, the União do Vegetal received great news: the Canadian government authorized the UDV to import and distribute Hoasca Tea for religious purposes within the country. With the liberation of the use of the Tea in Canada, the socios of the UDV who live there may freely follow their religion, without having to travel long hours to drink Vegetal in the United States, which is how things currently happen. The Beneficent Spiritist Center União do Vegetal and the Canadian government have yet to detail the regulation and the way our religion will function in that country.

This victory comes from the efforts of various people who united to make this happen. In 2015, a work group was created by brothers and sisters from Canada and the United States, led by Mestre Jeffrey Bronfman and supported by the Central Administration of the first region of the UDV in the USA, and by the General Administration of the Center. On January 9th, 2016, the group sent the Canadian authorities a request for exemption for the religious use of Hoasca Tea (also called Vegetal by the UDV), which the country had already restricted the circulation and use of. The permission obtained allows the UDV to import, store, and distribute the Vegetal for its associates in Canada.

With the liberation of the use of the Vegetal in Canada, we open this door, and our work of bringing the light of Hoasca to this corner of the world begins. Soon, we will have Escala sessions to attend to our Canadian brothers and sisters and transmit the word of Mestre Gabriel. We will create Núcleos and raise the Flag of Light and of Hope in one more place on the planet.

*Canadian, associate of the UDV since 1995 and member of the Cadre of Mestre of Nucleo Arvoredo (Cuiabá-MT, 13rd Region). 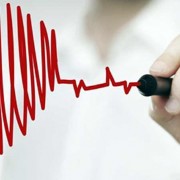 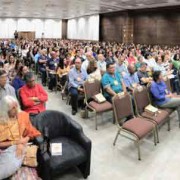 Encounter gathers leaderships to speak about the School of the União do Ve...
Scroll to top