Mestre Sidom and his gift of enchanting 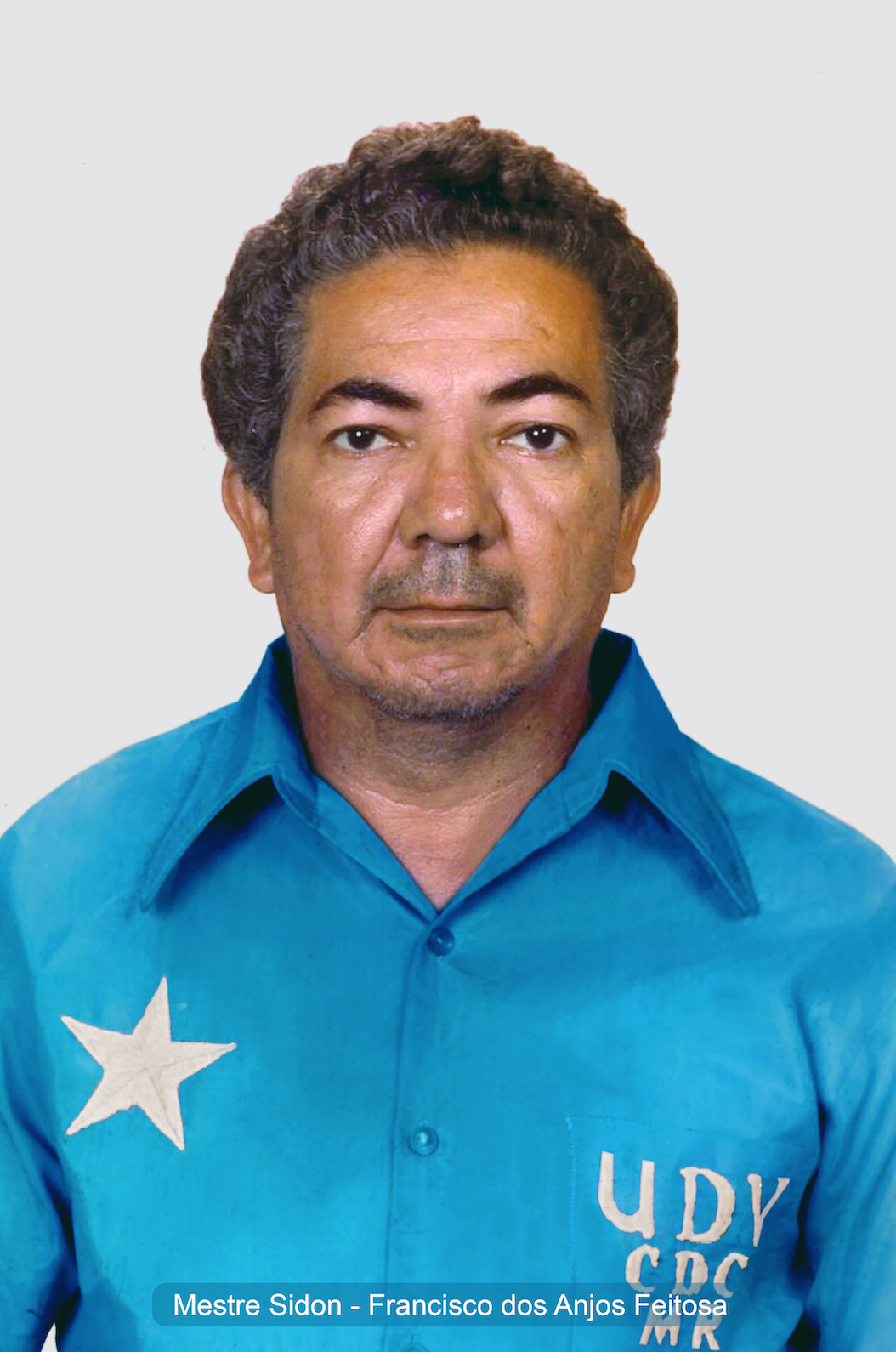 Francisco dos Anjos Feitosa, is one of the good gardeners of this great Flowery Garden that is the União do Vegetal. He is known in the UDV as Mestre Sidom and received the Star of the Mestre from Mestre Gabriel himself, who approved him in the test to become a Mestre after he told the Story of Hoasca. On, February 25th, 2022, Mestre Sidon would have turned 90 years old.

He was born in Porto Velho in a large family. The nickname “Sidon” was given by his older sister, Luiza, who as a child called him Dom and, later, Sidon. When he arrived to the União do Vegetal, Mestre Gabriel revealed to him that the nickname, Sidon, was his name in another incarnation and that his sister had already been his sister. This is why there was such a strong connection between them and why she remembered the name.

Arrival to the União do Vegetal

He discovered UDV through his godfather and friend Clemente Guedes, who told him about the “beautiful things” he saw through the Vegetal.

Mestre Gabriel had a brick factory and he delivered the bricks he made using a Ford F 600 truck. It was a used truck that would often be in the shop for repair. One day, after seeing the situation of the truck, Clemente spoke about his godson, Sidon, to the Mestre, saying that he was a good mechanic and that he could fix his truck. Up until then, Ireno had been the one who repaired the Mestre’s truck, doing the service in exchange for bricks.

When Clemente and Sidon arrived at the Sede – currently the same place where the Associação José Gabriel da Costa (José Gabriel da Costa Association) now operates in Porto Velho (RO) – Sidon looked at the flags in the Salon, the arch, and was surprised by all of it. He even asked his friend if it was macumba (voodoo). His friend replied “No, my friend, it’s something else, it’s a beautiful thing, you will see.”

When Sidon was introduced, Clemente said, “Mestre, this is Sidon. He is a mechanic and can fix your truck because Ireno has almost finished building his house but has not fixed your truck’s problem.” Mestre Gabriel then replied, demonstrating his humility: “Clemente, do not say that again. Ireno is doing the best he can. He has served me the times I have needed him. It’s me that must improve my merit.”

They scheduled the service for the next day and Sidon went with the Mestre to buy the truck parts. That evening, an Extra Session was marked and Clemente asked Mestre Gabriel to attend to his friend. Mestre Gabriel asked him [Sidon] if he wanted to get to know the Vegetal and if he used alcohol. Sidon said yes, and that he had already drank that very same day. Therefore, the Mestre explained to him that the Vegetal does not mix with alcohol, but that this was his day to get to know the Vegetal and that what God wants must be done.

After hearing those words from the Mestre, Sidon hesitated, dreading the unknown, of not knowing what might happen. He realized that Vegetal is a serious thing. He went home thinking of not going to drink the Vegetal. But at night, when Clemente came to pick him up, they went to the Session together.

It was Mestre Gabriel himself who directed the session and who gave him the first cup of Vegetal. At one point, Sidon began to see himself entangled in a jungle of vines, being suffocated by them and with a lot of smoke surrounding him.

After the Session, talking to the Mestre, he said that he had not seen things very clearly and believed that it was because of the alcohol he had used, and that the smoke probably represented his smoking habit. The Mestre confirmed his perception and told him that he was seeing something in him and because of that, he would grant him a privilege, which he had not yet given to any other, inviting him to go to the next Session as his guest.

Seeing Mestre Gabriel’s situation of material simplicity, Sidon did not want to charge for the service of repairing his truck. The Mestre insisted on paying him, but he still did not want to receive the money. That’s when Mestre Gabriel put the equivalent of three hundred cruzeiros in his shirt pocket. Sidon did not accept it and returned the money to the Mestre. The Mestre then called Raimundinho – a name he used to call Mestre Paixão -, asking him to put the money in the donation box of the União do Vegetal saying, “It is a donation from Mr. Sidon.”

In the next Session, Sidon went because of his own will: “Now I am who wants to go”, he said to his first wife. When the burracheira grew, he saw himself receiving a green shirt with the letters UDV, CDC, and a Star on it. After, he asked the Mestre what that meant. The Mestre explained to him and took the opportunity to bring him another teaching, orienting him that not everything that is seen in the Light of the Vegetal should be told to everyone. He concluded counseling him to “keep what he saw with him to one day receive what is his.” And so Mestre Sidon did, speaking of the event only after he was conducted to the Cadre of Mestres. 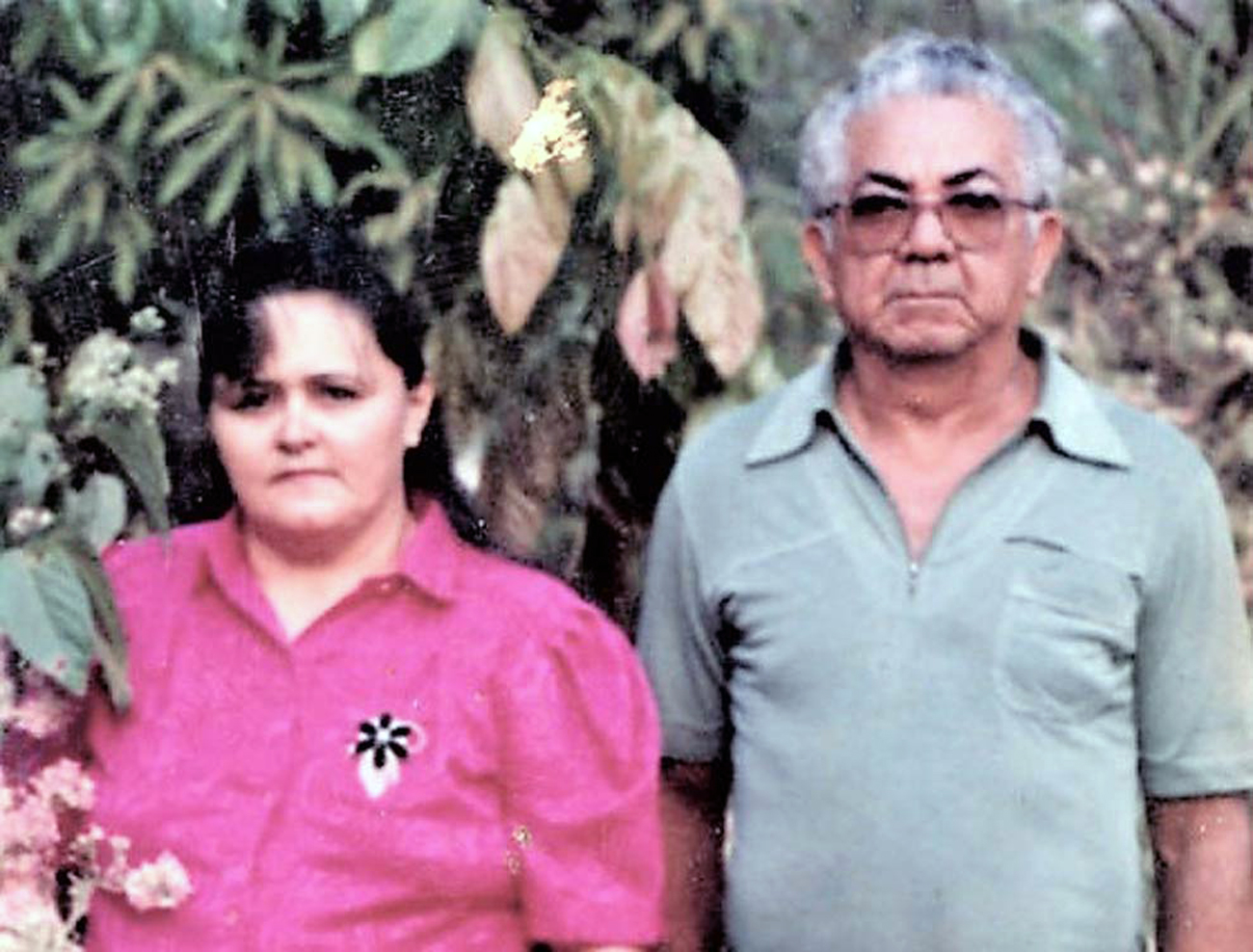 Mestre Sidom is the father of eight children: Newton, Claudio, Nilson, Gildete, Clenio, Janaína, Rosano and Sidom. He has four children from his first marriage and four from his second marriage with Counselor Losa, who also met Mestre Gabriel and drank the Vegetal with the Mestre still in the Seringal (rubber tapping region of the forest). Among his sons, Clenio and Sidom belong to the Cadre of Mestres – Núcleo Coração do Mestre (Acre) and Núcleo Belo Jardim (Acre) respectively – and his daughter, Janaína, is in the Instructive Body of Núcleo Mestre Gabriel (Rondônia).

He retired as a railroad worker from the Madeira Mamoré Railroad Company and was a distinguished mechanic. Before arriving to the União do Vegetal, he passed through Rosicrucianism and developed the habit of reading. He only attended elementary school, but he had remarkable intelligence, including the ability to learn and transmit the teachings of the União do Vegetal.

Mestre Sidom and Mestre Adamir were great friends, compadres, and brothers on the path. Upon the foundation of Núcleo Mestre Rubens, Mestre Sidom moved to Jaru to help structure the Núcleo. Mestre Adamir stayed at the head of the Representation for 14 years and Mestre Sidom for 7 years. Mestre José Luiz de Oliveira, who is currently one of the General Assistant Mestres and a member of the Council of Recordation of the Teachings of Mestre Gabriel, also joined them during some time. Some say that the affinity between the three of them was such that sometimes one knew what the other was thinking, without any of them speaking to each other.

It was at Núcleo Mestre Rubens that Mestre Sidom first brought the chamada “Jardim Florido” during a Session in a Preparo directed by Mestre Adamir. The two had a complementary relationship in the Salon of the Vegetal. When the former brought a firm doctrine, the latter would get up and give counsel, using words that would comfort the brothers and sisters. Mestre Sidom had the gift of Counsel.

Through the fine connection between them – and respecting an event involving a license granted to Mestre Sidom by Mestre Gabriel himself -, while in the place of the Representation, Mestre Adamir gave Mestre Sidom the right to speak during the Sessions without having to ask for license, regardless of being in the Assistance or directing the session.

He disincarnated at the age of 64 on January 31st, 1996, due to a health problem. He also had the gift of enchanting people with his remarkable voice and firm words. He planted flowers in his path and fond memories among those who shared life with him. In his honor, Núcleo Mestre Sidom was created and is located in the 11th Region, in Sobral-CE, and was inaugurated in 1996.

*Flávia Ilíada this is Member of the Body of Counsel of Núcleo Rei Hoasqueiro (Brasília-DF). This article included the collaboration of relatives of Mestre Sidon, the Central Administration of the 1st Region of the UDV and the Department of Memory and Communication (DMC) of the 1st Region.

On the 100th Anniversary of the Birth of Mestre Gabriel, the confirmation that... 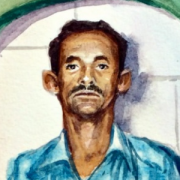 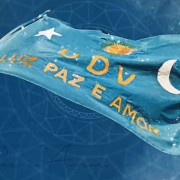