Raised in the countryside with great simplicity, where music would permeate the whole environment, the boy José Gabriel da Costa played his childhood joys, using that which nature provided unto him.

Even a piece of wood or a clump of mud was a reason for joy among twelve siblings. José would ask them to try to try to hit him with the wood or with the clumps and he would dodge them with agility and dexterity. None of them were able to hit him.

The old cashew tree that, until today, casts nostalgia upon the land of Núcleo Coração de Maria, used to shelter the sons and daughters of Manuel Gabriel da Costa and Prima Feliciana in its shade. The boys and girls would play there on the cold, starry nights of the Bahian sky, to whence his child’s eyes would navigate to become enchanted by the new moon.

The agility of young Gabriel was not restricted to the limitations of his body. He was known by his siblings and those close to him as “song of fire,” the name of a bird (Blue-crowned trogon) from the region, for his ability to manifest himself musically; all of a sudden with new verses of *repente, songs renewed. *Repente is a type of music from Northeastern Brazil with improvised lyrics and melody

His parents, Manuel Gabriel da Costa and Prima Feliciana, were practicing Catholics. With them, José Gabriel learned his first notions of the things of the sacred, of the Divine Mestre Jesus and of Our Lady of Conception. He learned to sing the blessings in praise of Saints Cosmas and Damian, John the Baptist, and possibly, others.

In the ample yard of Pedra Nova (New Stone) Farm, in moments of leisure, he would strike up samba circles and work songs. In this way he learned to fine tune himself to the honest life that his parents lived and taught because of the love for family and the vast fields of God.

Young José Gabriel da Costa grew and found himself with other songs that emanated from his missionary heart.

Over the course of time, he became Mestre Gabriel, recreated the União do Vegetal, and today—on the spiritual plane and by way of his messengers—comes teaching men to compose a song of brotherhood and justice, teaching them to awaken within themselves the joys of childhood, to reencounter with their very selves, to search for the kingdom of heaven where, in order to enter, one needs to have clean feelings, like those of a child.

Upon the consecration of the 10th of February, the date of his birth, we are recognizing the value of this Spiritual Guide and it is to him that we owe a thought of gratitude for his presence in the life of those that hear his song and seek to tune themselves to the clear notes of spirituality, with his path; the path of the Mestre.

Reproduction of the watercolor by artist Rafael Pita (Núcleo Reis Magos, Ilhéus-BA). Learn more of this artist at: rafaelpitaarte.wixsite.com/arte

*Edson Lodi Campos Soares is a member of the Council of General Administration (Conage) of the Beneficent Spiritist Center União do Vegetal.  the above text was originally published on the datebook commemorating 50 years of the União do Vegetal (2011) produced by the Nucleo Canário Verde (Brasília-DF).

“José, a Man with a Story to tell”, the animated video in rhyme that brings the principal occurrences of the life of Mestre Gabriel” 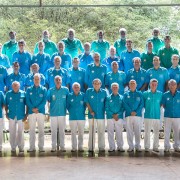 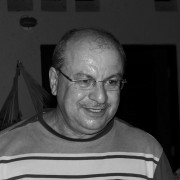 Mestre Antunes – a man with a good heart
Scroll to top