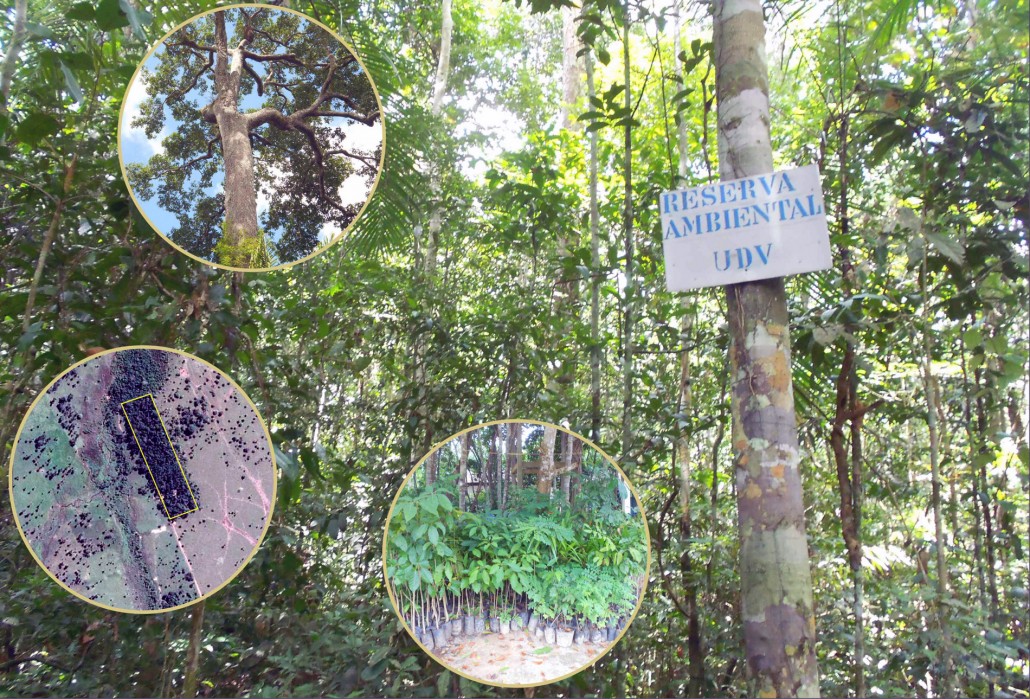 Doctoral research presented in the previous month at Paulista State University (UNESP) shows how the plantation of Mariri (Banisteriopsis caapi) and Chacrona (Psychotria viridis), the plants used in the preparation of Hoasca Tea, contributes to the conservation of forested areas and recuperation of degraded areas in the North Region of the country (Brazil). The cultivation of these two species requires a forest environment for them to develop, and the agroforestry techniques used in the plantation are, based on the study, assisting in the preservation of the Amazon forest.

The author of the doctoral thesis titled, The Nature in the Paths of Ayahuasca: territoriality, institutional arrangements and phytogeographic aspects of forestry conservation of the Amazon (Rondonia-Brazil), is geographer Julien Thévenin, an associate of the Instructive Body and monitor of the Novo Encanto Association of Ecological Development of Núcleo Encanto das Aguas (Ilheus-BA).

The study that took four years to be concluded, took place in 27 núcleos and plantation areas of the Beneficent Spiritist Center União do Vegetal, spread throughout 20 municipal areas in the state of Rondonia. The state, which has the third highest index of deforestation in Brazil, reunites four regions of the UDV (1st, 6th, 7th and 15th). Check the end of the document for information about which Núcleos were researched.

The research was also carried out in the Eclectic Center of the Flowing Universal Light (CECLU), the Garden of the Redeemer Spiritualist Center (CEJAR), the House of Illumination Queen of the Forest (CIFLOR), and the Center of Spiritual Irradiation “House of Jesus and Home of Frei Manoel”. All of these are institutions that also make religious use of Hoasca Tea, totaling 53 properties (24 rural and 29 urban).

In the study, Julien Thévenin calls attention to the enormous amount of reforested areas found on the territories researched. “On almost all properties for non-commercial use, even those in urban areas, it is estimated that over 5000 native trees have already been planted here,” he says.

Satellite images reveal that of the 24 rural properties designated to be used in planting the species utilized in the preparation of Hoasca Tea, 96.6% of them are covered by native tree vegetation in the initial, intermediate or advanced stages of regeneration. Of these, 81.4% are found in advanced stages; in other words, trees over 20m (66 feet) tall.

“In the landscape, many of these properties stand out as true forest islands in the middle of extensive areas deforested for pasture land,” describes Thévenin. He also says that the results confirm the fulfillment of the environmental standards enforced in these territories.

The research also showed that among the species most present are those that are included in the list of the nine vegetais (plants). Two of them, the Chestnut tree (Bertholletia excelsa) and the Imburana-de-cheiro (Amburana acreana), are on the “Official National List of Species of Flora Threatened with Extinction”, classified in the Vulnerable category. They were found in 63% of the 53 properties analyzed.

In rural areas used for the planting of Mariri and Chacrona, other species threatened with extinction also were identified, like the Mahogany (Swietenia Macrophylla) and the Cedar (Cedrela odorata) tree. According to the researcher, the presence of these trees increases the importance of forest conservation in these regions. The results of these surveys also showed satisfactory indexes with respect to conservation of the phytodiversity in these regions.

For Teodoro Irigaray, the president of Novo Encanto Association of Ecological Development, who was also part of the evaluating board of the doctoral thesis, the work developed by Julien is the seed of a larger research that is being planned by Novo Encanto together with the Beneficent Spiritist Center União do Vegetal.

According to Irigaray, “the socioenvironmental involvement of the Center, systemized in the ABC (Water, Biodiversity, Culture) Manual of Good Practices, demonstrates that the UDV is not only contributing to the recovery and conservation of forest areas, but also to the biodiversity and protection of the cultural patrimony by offering solutions for the current environmental problems”.

According to the president of Novo Encanto, the research goes beyond by demonstrating that the environmental gains are associated with the movement to re-sacralize the natural environment, present in the religious institutions that develop new paradigms with relation to man and nature, allowing its adepts a reconnection with nature and with the sacred.

Julien Thévenin says that the spiritual connection that he has been developing with nature through his long walk of over 13 years in the União do Vegetal was one of the factors that motivated him to carry out this research. Additionally, he believes in this initiative as a seed for a better future for the planet.

Thévenin tells that the project developed by him was well accepted in the academic community, from PhDs that have never heard about Hoasquiero (drinkers of Hoasca Tea) religions, as well as by all the members that made up the board of examiners.

“They recognized the scientific contribution of the work, and principally, the potential of these religions to conserve forests in Brazil and throughout the World,” he said. The board of examiners consisted of Professors Drs. Edson Luís Piroli (advisor), José Mariano Caccia Gouveia amd Encarnita Salas Martin, from the Paulista State University (UNESP); Sueli Angelo Furlan, from the University of São Paulo (USP); and Carlos Teodoro José Hugueney Irigaray, from the Federal University of Mato Grosso (UFMT).

According to Thévenin, the work can be expanded to other regions where Mariri and Chacrona can be found natively. “Proposals doing phytogeographic studies of the species Banisteriopsis caapi and Psychotria viridis are also being analyzed, seeing a necessity of knowing better the forest environment where these plants occur naturally,” he explains.

According to Armínio Pontes, the Director of the Department of Plantation and Environment (DPMA) of the Beneficent Spiritist Center União do Vegetal, the UDV has incentivized members to do scientific research aligned with the interests of the Center in the area of planting Mariri and Chacrona. “Above all, we are working to incentivize our young researchers to adopt a line of research with themes that allow us to amplify the knowledge that we already have with respect to our sacred plants even more,” affirms Armínio.

He states that studies like these are very important, first because they show the scientific community and also society the work that the UDV comes carrying out in the preservation of the environment, and secondly, because it demonstrates that the planters of the Center are following the orientations transmitted by the DPMA.

Participation of the Associates

For researcher Julien Thévenin, respect for Brazilian environmental laws and for the practice of the doctrine taught by Mestre Gabriel is of great value for environmental preservation. “If the laws were just respected, we would already be in much better environmental conditions. In this way, I see that if each associate of the União do Vegetal follows the precepts left by our founder, they will be contributing to a better, more ecologically balanced world,” he says.

According to him, the planting of Mariri and Chacrona in agroforestry systems, in line with ecological principals, conducted by the Department of Plantation and Environment and with the technical cooperation of Novo Encanto, allows for each associate of the UDV to contribute to the preservation of nature.

“I thank Mestre Gabriel, the General Directorate of the Center, all of the Direction and irmandade of Núcleo Encanto das Águas, of the núcleos that I was an associate of and to the 27 núcleos of Rondônia, where I carried out my research, for the help, orientations and reception, always with respect and friendship,” expresses Thévenin.

*Saulo Miguez is a member of the Instructive Body of the Núcleo Estrela da Manhã (Camaçari-BA). 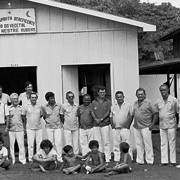 Bacurau, one of the pioneers of União do Vegetal
Scroll to top