Mestre Mourão in the União do Vegetal *

Mestre Pernambuco – A Mestre of Origin of the UDV

Mestre Pernambuco used to say that Mestre Gabriel gave him the title of “Mestre Mourão”, which means: “I can be shaken, but not uprooted.”

In the 1940’s, Mestre Pernambuco left his native town of Limoeiro, in the state of Pernambuco, in the northeast of Brazil, heading north until he arrived in Porto Velho. He worked there for four years. He then went to Seringal Guarapari (rubber tree plantation), to work as a rubber soldier. During this time, he met Mestre Gabriel at the terreiro (Umbanda center) and started his friendship with the Mestre. Mestre Pernambuco participated in the moment of the Confirmation and in the entire sequence of the UDV works until the day he disincarnated.

Mestre Pernambuco’s wife was Conselheira Guiomar, a simple, modest, and good-hearted person who had lived a life of suffering, struggle, and perseverance. When she lived in the rubber tree plantations, she was the wife of Chico Lourenço. When she moved to Porto Velho, she became close to Mestre Gabriel and his family. Mestre Gabriel once said: “Pequenina, we are going to make a marriage between Guiomar and Pernambuco”. And so it was done.

For two years and eight months, Mestre Pernambuco lived with some of his children in Campo Grande, in the state of Mato Grosso do Sul, at my invitation. Conselheira Guiomar was not able to move with them, as she could not transfer her work post to the new city, but she visited them whenever she could. We started an Authorized Distribution of the Vegetal in Campo Grande in February of 1984. The following year, we became Pre-Nucleo Senhora Santana, largely due to Mestre Pernambuco’s presence.

He had a very strong connection with Senhora Santana. He actually said that he left Porto Velho because he knew he was going to Nucleo Senhora Santana, where he became one of the founding mestres, and from there he would then return to Porto Velho. He recounted that back when they were still in the rubber tree plantation, around the days of the Re-creation of the União do Vegetal, Mestre Gabriel made the chamada of Senhora Santana and he [Pernambuco] saw her inside the enchantments. He described the sight of a very beautiful woman and used the following expression: “I saw the Saint”. From then on, he remained connected to her.

I went to his house almost every day to talk and help facilitate his adaptation to the new residence, considering especially that we were few people. We drank the Vegetal several times at his home during the week in order to have conversations about the União, about the teachings, and about his life experience with Mestre Gabriel. One of the important things that happened in his life at that time was that he became literate. One of our sisters, Conselheira Marisa, was a teacher and taught him to read and write, thus fulfilling his wish to not be considered an illiterate person.

In those days, the sessions were directed by either him or me. Once, on the day of an Escala session when I was designated to direct the session, I woke up feeling a discomfort in my body; something strange. I thought it might be flu symptoms, but as the hours passed, I realized it was not the flu. I laid down in the afternoon, hoping that it would pass, but nothing changed.

I didn’t feel like going to the session – a rare thing for me to feel. But I went anyway and, when I arrived at the nucleo, I asked him to direct the session and reported what I was feeling. We drank full double cups of Vegetal and I waited for what would happen. At about 10 o’clock, I was still caught in that suffering, with my eyes closed, when I sensed that he was looking at me. I opened my eyes and indeed he had his eyes fixed on me. As soon as I saw him, he made the Chamada “Correr pra Onde Tem Sombra”. When he finished the chamada, I was no longer feeling like I had been, and I became well and serene. That was a memorable moment, due to Mestre Pernambuco’s attunement and sensibility.

He had brilliant moments in the burracheira and an excellent perception of things, demonstrating that he was a faithful disciple of Mestre Gabriel. Once, he told me that he entered into the forest with Mestre Gabriel and, at a certain point in time, the Mestre asked him: “Can you feel it, Penambuco?” He said that he could hear a sound, just like burracheira, buzzing in his head, and replied: “Yes, Sir!” He soon realized they were inside a reinado (kingdom) of mariri.

The “Chamada do Tempo”, authored by him, was sent to the commission that evaluated chamadas, which at the time was composed of five mestres of the Council of the Recordation of the Teachings of Mestre Gabriel (CREMG), in Brasilia. It was approved while he was still living in Campo Grande.

I once arrived at the nucleo’s property, where he was the caretaker, and he said to me: “Something very serious is happening in the União do Vegetal. I don’t know what it is, but it’s not good at all”. He did not have a phone at home; information about the União from other places arrived mostly either through me or through visitors, and nothing had happened. Within 48 hours, I learned of an event that intensely shook things at that moment and caused much suffering. For me, this is more proof of the connection Mestre Pernambuco had with Mestre Gabriel.

I feel happy for having had these and other opportunities to be in the company of Mestre Pernambuco, and I am thankful to the Great Mestre for giving me this right to learn something more about his doctrine and his life.

I keep living memories in my thoughts, my heart, and my consciousness, knowing that we are always re-encountering one another.

* Article originally published in calendars 2015 and 2016, produced by Núcleo Canário Verde (Brasília-DF) and the Blog UDV publicaem tribute to Manoel Severino Felix – Mestre Pernambuco, in this February 6, 2016 would be acquainting 93 years. Mestre Pernambuco was born in 1923 and passed away on May 28, 2001.

**Mestre General Representative in the União do Vegetal

Inmaculada Concepción, the UDV in Europe 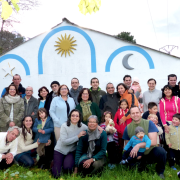 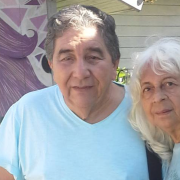