Yesterday, October 18th, 2016, during the Main Forum, entitled Politics and Sustainability, of the II World Ayahuasca Conference in Rio Branco, Acre, Moacir Biondo (Representative Mestre of Núcleo Tiuaco, Manaus, AM), described how his first contact with the Hoasca Tea (or Vegetal), which he first received from the hands of Mestre Roberto Evangelista, awakened him to study spirituality and the benefits medicinal plants can provide to humans.

In an interview with the UDV Blog team, Mestre Moacir Biondo highlighted that he learned a lot with Mestre Florêncio Siqueira de Carvalho (In Memoriam) about working with the Vegetal (UDV denomination for Ayahuasca) and with nature. He said these experiences were engraved in his memory. Florêncio Siqueira de Carvalho is one of the Mestres of Origin of the Beneficent Spiritist Center União do Vegetal.

The same panel in which Biondo participated also included the American researcher Glenn Shepard Jr., who presented recent studies on the use of ayahuasca in an indigenous context. Shepard is an ethnobotanist and medical anthropologist. Representing the Huni Kuin tribe, the indigenous leader Mapu – recognizing the spiritual greatness of the Hoasca Tea – spoke about the importance of being open to receiving the sacred medicine of Ayahuasca and receiving its benefits.

The non-economic valuation of the environment

The actions of forest conservation in the State of Rondônia was the subject of a PhD research project in geography presented in the Social Sciences Panel by Julien Thevenin, who is also a member of the União do Vegetal (Member of the Instructive Body of Núcleo Encanto das Aguas, Ilhéus, BA). The project demonstrated the resurgence of nature as a sacred concept by people in urban areas through the use of Hoasca and it has led to a non-economic valuation of the environment and to an increased forest conservation through the planting of Mariri and Chacrona within the União do Vegetal. Studies like the one mentioned above demonstrate the responsibility these urban centers have before the environment, which is another component of their legitimacy, and which tends to become a key element in the struggle to legalize the use of Hoasca throughout the world.

Patrick Walsh (Member of the Instructive Body of Núcleo Fortaleza, Fortaleza, CE) discussed “how to produce ethically responsible research with and by the UDV associates.” Also, in the academic field, Antônio Roazzi (member of the Body of Counsel of Núcleo Mãe Gloriosa, Recife, PE) developed his research on the topic of public health, focusing on the question: “What is the role of religious experience in the development of the self? “. 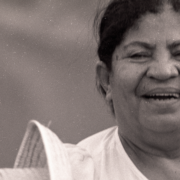 Conference: religious entities warn about the responsible use of Ayahuasca
Scroll to top